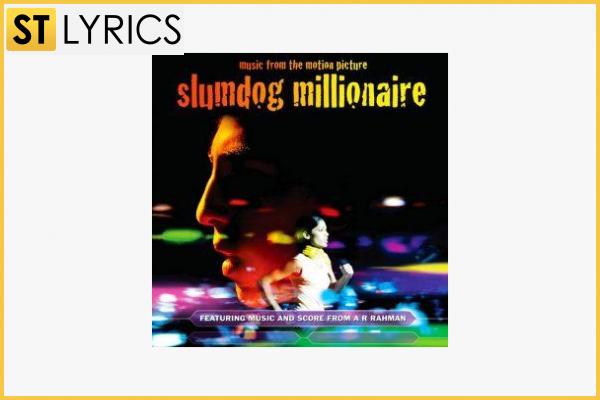 Have you ever wondered what are the best movie soundtracks ever made for more than a century of the movie business? In this overview below, we are proud to present you the top 15 pieces that are included in the best of the best, wildest of the hottest and the most cherishing soundtracks of all times. Do to that job we took exclusively world-famous sources like RollingStone and the like to deliver you undoubtful leaders, known worldwide.

It was the brightest start for Lana Del Rey thanks to her ‘Young and Beautiful’ that became the headliner, which no one could expect it would be so bright. The list also includes remarkable artists – Jay-Z, Fergie, Beyonce, Will I Am, Gotye, Sia, Brian Ferry, and Kanye West – the flamboyant kaleidoscope of youthful and reinvigorating performers.

Danny Boyle made an Indian movie showing its unsightly living and received the hatred of people of India and the love from all another part of the world. The songs list features M.I.A. and Rahman – two local stars, but they made a musical fusion of styles suitable for both worlds – the old empire of India & the new cultures (Jai Ho became a hit).

Contemporary and Indie alloy, telling in interesting manner about relations of two protagonists, similar to the life cycle in general. The highly philosophical thing that includes Simon & Garfunkel’s brainchild and is suitable for the younger generation.

Dancer In The Dark

Including almost entirely songs of Bjork, it was the extremely well worldwide flashy start for her singing career. The film tells in the bright tones about an extremely gloomy life of a half-blind person, whose state aggravates, giving her punches and kicks from all sides. Heartbroken story and magnificent music.

This album of 1969 collects undeniable classics: Born To Be Wild, I Can See For Miles, Something In The Air, White Rabbit, and other rock pillars. This soundtrack boasts with a solid rock like almost no other creation since then. If you are a rock fan – this album must stand in the frame on the spotlight in your home and office.

One of the most important creations of Martin Scorsese that gave birth to the entirely new genre, it influenced on Tarantino, and it includes Shangri-Las with Aretha Franklin. An outstanding thing with three iconically bad guys.

Simon & Garfunkel’s best creation that in 1968 gave the world ‘The Sound Of Silence,’ the headlining thing, which was used further in so many movies, TV shows that even because of that only this piece must be praised, not mentioning the high influence of the film itself.

The Harder They Come

This film of 1972 opened the world reggae music allowed to make a way to such icons as Bob Marley. Never before any film or a music collection could open the beauty of this slowly relaxed tempo to the people as this breakthrough film did.

Coppolas love to shoot Kirsten Dunst and they love to make a great music to their films. ‘Styx’ and ‘The Hollies’ are the real gems of this collection but even more impeccable is the acting of the great ensemble of the artists in a movie. The music and the acting talent here is the joining that cannot leave anyone indifferent.

This is a punk movie in the essence and delightful extravaganza in its music part. It is for the rules-breakers, decorated with Nine Inch Nails, Dr. Dre, Leonard Cohen, and Bob Dylan. The hot collection and even hotter movie, though the preachers of family values would not understand.

The Beatles movie and the Beatles album. It is, even apart from the film, a valuable gemstone, including ‘Yesterday’ – the single number one, as for us, in the hearts of people.

A thing of 1992 includes Tupac Shakur, Cypress Hill and features the great hip-hop items that made the life of deceased Tupac covered with legends and eventually made him the greatest star of this music direction.

Twin Peaks: Fire Walk With Me

One thing from the world of serial movies bursts into the list. Who does not remember the soothing calm sounds of the music cover of one of the most mysterious serials of the bygone days? Only those who were too young to watch it. This is Kyle MacLachlan’s best work and he was young in it.

We personally cannot understand how the rain can be purple. But this does not prevent this Prince’s creation from being a mind-stuck thing of many generations that elevated his oeuvre to hew heights and a whole world sang ‘Purple Rain, Purple Rain’ lines with a same crying voice.

‘C'est la vie’, say the old folks, it goes to show you never can tell’ + ‘Girl, you’ll be a woman soon’ in addition to ‘Zed’s dead, baby, Zed’s dead’ = the most recognizable combination, created by magnificent Tarantino. This is the jewel of any hall of fame of anything. You can talk about this film for days and still much to say will be left.