(A group of EXTRAS from Cecil B. DeMille's latest extravaganza 'Samson and Delilah' crosses the stage. JOE thinks he recognizes a man with a false beard and gold helmet who's accompanied by a gaggle of scantily-clad DANCING GIRLS: SAMMY. HE raises his hand in a priestly gesture.)
SAMMY
Bless you, Joseph
JOE
That you, Sammy?
SAMMY
How do you like my harem?
JOE
How come you get such lousy breaks?
JOE
One learns to grin and bear 'em.
GIRLS
This is the biggest film ever made
JOE
What're you playing?
ANITA
Temple Virgin
DAWN
Handmaiden to Delilah
JOE
Let's have lunch, gotta run.
(The FINANCEMEN, meanwhile, settle down to watch and wait. JOE moves swiftly towards a sharply-dressed middle-aged man, MORINO , his agent. MORINO is with a very much younger man and does his best to pretend not to notice JOE. When he realizes the encounter is unavoidable, HE makes a great show of pleasurable surprise and greets JOE with effusive bonhomie.)
JOE
You've got to find me a job.
I'm way behind with my payments
I thought you were meant to be my agent
I need some work
MORINO
I only wish I could help
this town is dead at the moment
there's been this slowdown in production....
(JOE interrupts, indicating the YOUNGER MAN)
JOE
Who is this jerk?
MORINO
He's my wunderkind from Broadway.
Every major studio wants him .
YOUNGER MAN
Playing one against the other....
JOE
What I need is three hundred bucks.
MORINO
Maybe what you need is a new agent.
(JOE spots a friend of his, ARTIE GREEN, a fresh-faced assistant director in his mid-twenties)
JOE
Hello, Artie
ARTIE
Joe, you bastard!
JOE
You never call me anymore.
ARTIE
Found a cuter dancing partner
How are things?
JOE
Not so great.
ARTIE
Will this help?
Twenty bucks?
(ARTIE hands JOE a twenty dollar bill; JOE hesitates then accepts it.)
JOE
Thanks, you're a pal.
ALL (Ad-Lib)
Good morning, Mr. De Mille
MYRON
Good morning, C.B.
(During this exchange, the lights have come up on SHELDRAKE's office. SHELDRAKE, a mournful, dyspeptic figure sits behind his desk, speaking into one of an array of phones.)
SHELDRAKE
This is Sheldrake
bring some water
get me that sh*thead Nolan.
(HE puts down one phone and picks up another)
Nolan, sweetheart,
great to talk
This draft is so much brighter.
You're the best
even so
I've hired another writer.
(HE puts the phone down as his SECRETARY shows JOE into the office, handing Sheldrake a tumbler of water as she does so. SHELDRAKE seems surprised to see JOE and makes some unconvincing stab at conviviality as HE shakes some bicarb into the water.)
SECRETARY
Mr.Gillis 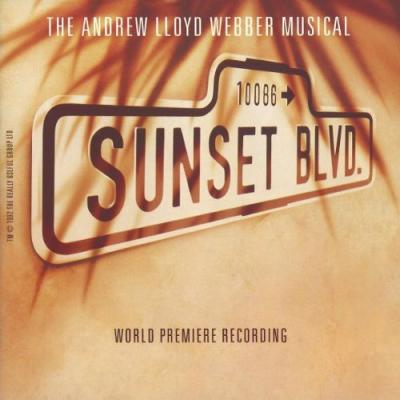