Blast If I Have to lyrics - E-A-Ski

Blast If I Have to Song Lyrics

It ain't the niggas that act hard
it's the niggas that be like quiet-like
It's the ones that put the slugs in your ass
and tell your ass goodnight
So get that nigga a marble coffin
Cos I ain't that nigga t' f**k with
I'm from the O so I blast often
Motherf**kers wanna test my nuts and be like stuck
Cos E-A-Ski's shot some sh*t up
Nigga, I thought you knew that it be on
Never leave the house without the chrome
Nigga you can f**k around and get your life took
Thinkin I won't squeeze this f**kin trigger
Till these bullets stop distributin
Cut your ass on the late-night (ride)
Tryin ta jack my sh*t, but my Glock is seventeen tight
Now ya bent outta shape from the tips, no talons
That I loaded in your ass by the gallons
Now then, why would you f**k with a G?
I don't slang but I throw them thangs and shoot the Glock 20
Many ain't got their ass in to the CP banner
By a nigga that was well mannered
Now you're in for a treat, you don't wanna meet my crew
We blast if we have to
[Chorus:]
We blast if we have to nigga
Don't make me have to
Squeeze this motherf**kin millimetre
And it don't stop
I blast if I have to nigga
Don't make me have to
Squeeze this motherf**kin millimetre
And it won't stop
[Repeat]
sh*t, I cocked a '94 beamer, strapped with the Glock
I caught a '94 misdemeanor (That's f**ked up)
They had my ass in the tank
With nothin but motherf**kin time to sit and think (Why?)
I had my sh*t in the first place
A black motherf**ker in the O witta beamer is the worst place
To be caught with the strap
A ten thousand bail and an infrared Glock I'll never get back
Can't fight the sh*t so I'm down for probation, waitin
Two years and sixty days in a locked station
Can't fade the 6-0, so I chose the 2
And cut it down, I talk to the youth
Because they can't, I gotta file and some fingerprints
All because a nigga wanna keep his motherf**kin sh*t
Now ya see it ain't no love in this b**ch
Strapped on the defence, pull it only when I need it
See these niggas wanna play me for my earned sh*t
They ain't earned sh*t, they wanna take, I gotta empty clips
These niggas ain't sh*t (I thought you knew, nigga?)
That's why my sh*t stay cocked, I blast if I have to
[Chorus]
Oh,he's a mark and he's way outta pocket
f**kin with a nigga from the Eastside O and don't think I knock him
f**k you and your raps cos it ain't right
Niggas in the O yell "Ski" cos the track's tight
Motherf**ker you can rap and try ta clown
Niggas ain't f**king wit you and your wacked sound
Who's the crew you wanna f**k with? (The infrared)
Ai yo C, put the beam to this nigga's head
PCP motherf**ker, you lost a few screws
And these niggas don't know so I'm spreading the news
Player hater got my name in his mouth
If I shoot this 9 milli, I'm damn sure he'll wash my name out
Closet nigga can't cuff his nuts so he talk much sh*t
And be f**ked when the Glock hit
I thought you knew that it be on like that
It ain't about the biggest gat, it's who's the first to bust a cap
These loco niggas ain't hearin me
I give much love but have to blast if they f**k with me
And no motherf**kin sympathy (He-huh!)
(The chrome as real as you) I blast if I have to
[Chorus] 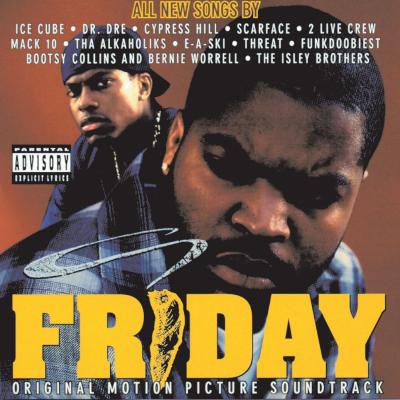