He Vas My Boyfriend Song Lyrics

[Frau Blucher]
Love comes when you least suspect it,
love dances in on a whim,
I thought maybe I could direct it,
But I never expected...
A guuy like him.
He was a bully und a brute,
he vas as crazy as a coot,
still I didn't give a hoot,
He vas my boyfriend!
With ev'ry voman he vould flirt,
He alvays treated me like dirt,
But I vas happy to be hurt,
He vas my boyfriend!
I vas as pure as a virgin meadow,
lying with Vicotr in the gloam.
Then he turned to me, that charmer, whispered, "Let's play farmer."
And plowed me 'til the cows came home!
He vas a monster and a beast,
His midnight bangings never ceased,
it didn't faze me in the least,
He vas my boyfriend!
(spoken)
I'll never forget the first time I met Victor. It vas on the village green,
at the annual bock beer festival, where every beer cost a bock.
I vas an innocent young lamb and he was a dirty old goat.
Ve vere made for each other.
All of a sudden, he took out his paraphernalia and shouted,
"Let's play croquet!", and off to the field ve vent.
He carried his hoops and mallets and I carried his balls.
What a festival! Fun and games all day long. Archery, badminton, potato sack.
Victor won the three-legged race...all by himself. It vas love at first sight.
(sung)
He vas the one I gave my heart to,
but ve never wed even so,
If I mentioned wedlock,
he'd put me in a headlock!
Vhen I asked to be his wife,
he stabbed me with a kitchen knife,
Ach, where did the good times go?
If he had an angry fit,
I vas the first thing that he'd hit,
but I didn't give a sh*t...
He vas my boyfriend!
[Thanks to Lizzie for lyrics]
[Thanks to Cammiel for corrections] 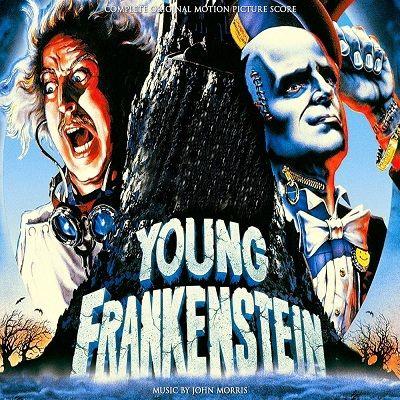 Roll In The Hay Puttin' on the Ritz Together Again The Happiest Town in Town The Brain Please Don't Touch Me Alone Deep Love Join The Family Business Listen to Your Heart MORE ›
New soundtracks
Trolls World Tour Stargirl Onward Katy Keene Gentlemen Photograph Sonic the Hedgehog Birds of Prey Zombies 2 The Boys Dolittle Bad Boys For Life Underwater Like a Boss Bombshell The Witcher Jumanji: The Next Level MORE ›