We've had enough of the What chu coulda, what you woulda
What you shoulda done Was to avoid the unbeatable dodge the undefeatable two We've Had enough
And we're prepared for war, prpared for the toe to toe so let's go
Prepared for the head to head, nuff said
We about to put these little punks to bed
One slap, kick a**, b*tch slap, four These punk a**es ain't ready for war
These little b*tches ain't ready to rise And it's nowhere to run, nowhere to hide
Lights out, one tag, two tag, kaboom
Let 'em feel the paint, don't count 'em out too soon
Let 'em hit the mat, then pick 'em up on 2, Suffer, pain, hurt, you're through
Over, done, bodycount tally
Last call, move on, 3D finnale
Told you all we come to settle the score
The talkin ends now, it's time for war
We had enough best say no more
Come here to settle the score, so let's go
Tonight all debts will be paid in full
All debts collected, all wrongs corrected
It's been enough talk, there's been enough threats
About which 2 man team is the best
So listen now, see us here now,
Don't care who you are, y'all goin' down
I'm fed up to here, don't doubt the will
I'm gonn ado the job, gonna go for the kill
Drive to survivee. Best to say good bye
Hardcore rules apply
So come on, come on, come on, do ya hear us?
Come on, come on, come on, are you with us?
Hands in the air if you feel us, come on
Hands in the air if you feel us, come on
Catch me, any part of town, bling to the navel
Honeys got their eyes on the cable
I step like, I walk like I don't care
I might screw face, your whole place, I have no fear
I live amongst wolves, set up shop in their den
I'll never lose my jewels, and have to cop it again
They don't know what the hell I've seen,
Never been where I've been
They'll never try me again
Louder than f***, and twice as tough
Like New York City, we ain't never giving up.
A God given package, ask all the women
Hard like steel, tougher than denim
There'sno limit to how I live it
No amount of presure can test my will
We;re here to clean house, king of the hill
All the other wrestlers think they can be like us
Tryin' to take us down with just 1 punch
Now they wonder why me and Bubba blow 'em out
Next time, close your mouth
Now you're lookin' like new jack, all
flabby and sick
Tryin' to play your hate on our sh**
we've had enough
[Thanks to supahdancah@msn.com for lyrics] 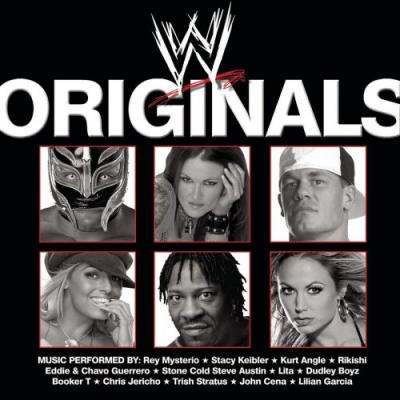 Can You Dig It? Basic Thugonomics I Just Want You Don't You Wish You Were Me? Drink Your Beer When I Get You Alone We Lie, We Cheat, We Steal Put a Little Ass on It Crossing Borders Did You Feel It? MORE ›
New soundtracks
Hubie Halloween Love and Monsters Bring the Soul Binge Bill & Ted Face the Music Tenet Kissing Booth 2 Hamilton The Movie The F**k-It List Palm Springs Old Guard Eurovision Song Contest: The Story of Fire Saga King of Staten Island High Note Lovebirds Spaceship Earth Becoming MORE ›