Quick Way Out lyrics - W.C. and the MAAD Circle

[W.C.]
Down on my motherf**kin luck
Hangin at the park, shootin dice, and I just got.. bucked
And now I'm mad cause I'm broke as hell
Cause a nigga's unemployed plus I just got out of jail
So now I gotta come up on a lick
but the lick that I hit can't be no bullllllsh*t
So now I gotta call up my nigga
My nigga Ty, yeah, my homey from Wakeside
Yo nigga whassup? I need a lick
He told me to trip, he knew this fool up on 75th
who had a safe and a whole lot of yea
Two six-fours and a ragtop sittin on them thangs
He said this motherf**ker was worth ten mill'
I said, "Cool then it's a done deal"
Went to the pad and grabbed the black ski-mask
Put it on tight so nobody could see my ass
So now I got the mac with the teller
just in case these motherf**kers wanna play Goodfellas
Called up the crew; aiy Coolio
This motherf**ker said he knew this nigga with some loot
[C:] So what's it gonna be, jack kidnap or rape?
Nawww motherf**ker just murder and a take
[C:] Cool, then set it up
Aight nigga here I come
Hung up the phone went to my room and I grabbed another gun
Slapped on my khakis, I'm gone
Went outside and jumped in the bucket, motherf**ker it's on yeah
Three-wheel motion, throwin up the M
Nigga Dana Dane's what I call my rims
Scooped up Cool', now we in pursuit
Two niggaz with a plan to get some loot
Hit the one-ten on my way to my homeboy's house
Lookin for a quick way out, nigga
[scratching]
So now we at my nigga Ty house
Cookin up a plan on the best way to take this nigga out
Just got out of Quentin for a caper
and I don't wanna go back so motherf**ker put it on paper
[C:] And no sooner than we got the info
I shot the nigga in the head with the fo'-fo'
I grabbed my mac when the motherf**ker hit the flo'
God damn Coolio, what you shoot him fo'?
[C:] Look, I know you and you know me
but I don't know him and that's the way it's gonna be
Who's that nigga?
That was my homeboy nigga!
[C:] Yo f**k that nigga! WE CAN GET BIGGER!
So now we on our way to get paid
Rollin in a f**ked up van with taped up license plates
Took the back way through the alley
And now we're sweatin cause we just took a hit from the wet daddy
[C:] Got out the van, hit the back gate
Everything's goin according to plan
I had the front and Dub had the back
I had the fo'-fo' and he had the mac
Now we runnin through the house like motherf**kin SWAT
and if anything move it's gonna get popped
Awwwww, there go the nigga that we lookin for
Fool, GET YO' MOTHERf**kIN ASS ON THE FLO'
[C:] Now he's bound and gagged with duct tape
Dub, I got the motherf**kin safe
BAY-BAYYYY!
[C:] Jumped in the van and now we rollin
And I'm trippin off this fat-ass grip that I'm holdin
And the nigga, huh, don't worry about him
Took the combination and the yea and I shot him
We got the loot and now we in route
to get a motherf**kin drink and knock some boots
Big money big trout ain't no doubt
I'm lookin for a quick way out, motherf**ker!
[tires peel, instrumental interlude]
[W.C.]
So now we on our way to the spot
A bucket full of ducats to drop before the streets get hot
But little did we know that the nigga we smoked
had some homies in the cut, sittin in the six-fo'
So now we gettin chased by some niggaz in the cut
but I bet this mac'll make they ass stay back
Hit up the gat, damn my sh*t is jammed
Good thing a nigga had a backup plan
But it's too late to grab the extra gat
Burnin rubber in the bucket and we cracked
[C:] So we jumped out the van and no matter what the cost
we had our mind set on sendin niggaz to Harris and Ross
But this time a nigga wasn't color blind
f**ked around and got smoked at the end of the crime 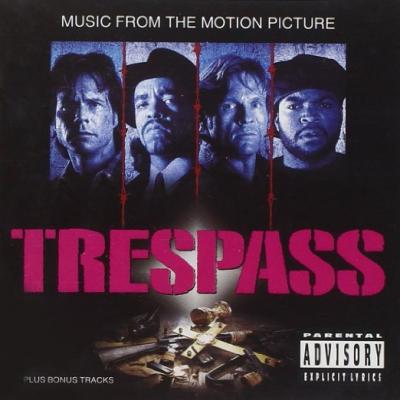