All About U lyrics - Tupac Shakur f/ Top Dogg, Nate Dogg and Dru Down

All About U Song Lyrics

You probably crooked as the last trick
Wanna laugh about how I got my ass caught up with this bad b**ch?
Thinking I had her but she had me in the long run
Its just my luck I'm stuck f**kin with wrong one, uh
Wise decisions based on lies we living
Skandalous times is games like my religion
You could be rolling with a thug
Instead you with this sweet scrub
Looking for some love
In every club, I see you standing like you want it
Well baby if ya got it better flaunt it
Let the liquor help you get up on it
I'm still tipsy from last night
Bumpin in walls as I pause
Addicted to the fast life
I try to holler but you tell me you're taken
Sayin you ain't impressed with the money I'm make
Guess its true what they telling me
Fresh out of jail lights hell for a black celebrity
So thats the reason why I call
And maybe you with it
Fantasies of the sweatin
Can I hit it? (hahaha)
Addicted to the things you do
Its still true what I'm saying Boo
Cause this is All About U
Every other city we go
Every other video
(its all about you)
No matter where I go
I see the same hoe
[repeat]
I'll make a promise if ya go with me
Just let me know, I'll have you hollering
My name out before I leave
Nobody loves me I'm a thug nigga
I only hang out with the criminals and the drug dealers
I love niggas
Cause we coming from the same place
Witness me holler at a hoochie, see how quick the game takes
How can I tell her I'm a playa
And I don't even care
Creep though
Weed smokes in the air
Everywhere I go, its all about the groupie hoes
waiting for niggas at the end of every show
I just seen ya in my friends video
Never put you on my friends so here we go
Follow the leader and peep the drama that I'm going through
It's All About U
(Yeah nigga, its All About U)
[Chorus 2X]
Is you sick from the di*k or is it the flu?
It ain't about you or your b**ch ass crew
Every other city we go and every video
Explain to a nigga why I see the same sh*tty hoe
You think it's all about you?
Well, boo, I gets down like Dru and my nasty new niggas, too
You couldn't hold me back
It'll take a fatter track, a lyrical attack
Or perhaps it was a visual bluff
When I started to snaps all your ??
Straight in control
?Flows are full?
Why hold a cold stroll?
Coldest set
I told you I'm as gold
And that's gold diggin
Cold diggin a ??
I slide in easily
Try a grizzly
sl*ts know the cuts
I came to f**k
Try skeezin me
Runnin up in this
It's like ?? when I bring ya the most
I f**k a b**ch from the West coast
[Chorus 4X]
(You know what I'm saying?)
Every other city we go
I see the same hoes
In the studio, that kickin it in the video
It's gotta be the same ass and thighs
But you's a groupie baby, and don't look surprised
I can see it in your eyes, that you ain't nothing but a trick
Hanging with us, for some superstar di*k
Want an autograph placed on her napkin
After she asks "Ain't you the Top Dogg and don't you be rappin?"
She know whats crackin
Peep shows like Luke
From the limos, down to the Lexus coupes
We be flossin, and all females love that
Especially when you're dope, platinum, and your own ?
So when I met you
I really didn't have to say much
Cause me alone
Just made you want to taste and touch
Don't be trippin if I run up in you and your whole crew
I'ma still let you know girl, that it's all about you 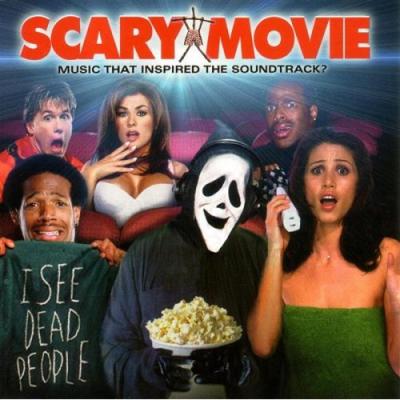