[Wayne Gayle:] "Tonight I'm standing on Highway 666, running through towns like Cortez, Shiprock, Sheep Springs, and ending
in Gallup, New Mexico. To some a beautiful stretch of the American landscape, but to Mickey and Mallory Knox, who are still
at large, it is literally a candy lane of murder and mayhem."
[Wayne Gayle:] "Patrolman Gerald Nash was just the first of twelve peace officers that Mickey and Mallory murdered during
their reign of terror. Gerald and his partner, Dale Wrigley, were parked at this donut shop, Alfie's Donuts. When..." [Dale
Wrigley:] "This 1970 Dodge Challenger pulled up 'cross the street from the donut shop. Gerald, he's only three weeks out of
the Academy, he come walking out with the coffee..." [Gerald Nash:] "Thanks, folks!" [Dale Wrigley:] "And my bear claw."
[Thanks to btoma@hotmail.com for lyrics] 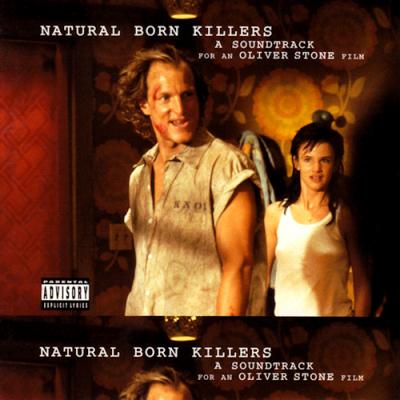 Sweet Jane History Repeats Itself Waiting For The Miracle Shitlist Allah, Mohammed, Char, Yaar You Belong To Me Forkboy A Warm Place Something I Can Never Have What Would U Do? Moon Over Greene County MORE ›
New soundtracks
Suicide Squad 2 Free Guy Vivo Respect Hotel Transylvania: Transformania Space Jam: A New Legacy In The Heights (movie) Army of the Dead Cruella The Mitchells vs. The Machine Thunder Force SpongeBob Movie: Sponge on the Run Dutch Raya and the Last Dragon Yes Day Coming 2 America Billie Eilish: The World's A Little Blurry MORE ›