Only the Strong Survive lyrics - Too $hort

Only the Strong Survive Song Lyrics

Yeah man..
It's goin down b**ch
Motherf**kers can't be weak
[vocal "Only the strong'll survive" repeats in background]
None of that sh*t
Short Dawg is in the house
Ninety-three, b**ch
I always heard that you gotta be strong, if you wanna survive
Get your diploma go to college get a nine-to-five
Every year, you're makin 30 G's a pop
Workin see, and you're tied to the white man's jock
Movin out of the ghetto cause it troubles you
Makin payments on a B-M-W
I know you never would settle for the minimum snaps
Have to live in the ghetto where the blacks be at
And send your kids to a school that don't really teach
I give a f**k about a motherf**kin college degree, beeotch!
You think I wanna get cha?
Take you to the motel, and straight raw di*k ya?
You must be crazy, smokin that chronic
I take you to the motel, and put my rubber on it
and hope it don't bust, so I can stay alive
Cause only the strong survive, you little sh*thead b**ch
[vocal "Only the strong'll survive" repeats in background 4X]
So tell me what it is, man tell me what you want
Not talkin bout the music but we likes to funk
Ain't no such thang as a Oakland punk
It don't matter who you are, you'll be _In the Trunk_
You come twenty-five deep, or maybe ten
If I let your ass push me, then you push me again
He was six foot four, they used to call him sir
But he was smooth gunned down by a teenage gangsta
No bigger than me, never could be hisself
Always tryin to act like someone else
There just ain't no future for us young black men
Cause we always get killed, or sent to the pen
But even, Malcolm X was a ex-convict
And you can bet I won't go fo' it next time b**ch!
I'm kinda strong with my bullets in the clip
That's why I never trip, cause only the strong survive
[vocal "Only the strong'll survive" repeats in background 4X]
..
[vocal "Only the strong'll survive" repeats in background 4X]
You say be a man, let's go toe to toe
But that was like fifteen years ago
They say only the strong, will survive
But brothers be strong, and still they die
But you gotta get around that bullsh*t
All the things we used to do we can't pull the sh*t no more
Cause ain't nobody trippin on us
You wanna fight, f**k around and get shot up
See your ass layin there bleedin, losin the fight
All behind a b**ch and that sh*t ain't right
You could, live or die it just doesn't make a difference
Cause everybody knows about your sorry ass simpin for a hoe
I thought you knew, _Life Is.._
But the punk motherf**ker can't handle his
So you weak bizznews ain't no surprise
Cause only the strong survive, b**ch
[vocal "Only the strong'll survive" repeats in background 4X] 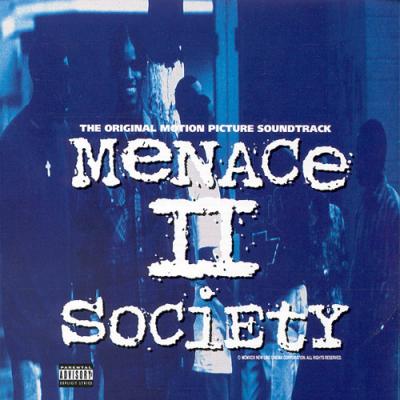