(Javert walks the deserted streets until he comes to a bridge over the river Seine)
JAVERT
Who is this man?
What sort of devil is he
To have me caught in a trap
And choose to let me go free?
It was his hour at last
To put a seal on my fate
Wipe out the past
And watch me clean off the slate
All it would take
Was a flick of his knife.
Vengeance was his
And he gave me back my life!
Damned if I'll live in the debt of a thief!
Damned if I'll yield at the end of the chase.
I am the Law and the Law is not mocked
I'll spit his pity right back in his face
There is nothing on earth that we share
It is either Valjean or Javert!
How can I now allow this man
To hold dominion over me?
This desperate man whom I have hunted
He gave me my life. He gave me freedom.
I should have perished by his hand
It was his right.
It was my right to die as well
Instead I live... but live in hell.
And my thoughts fly apart
Can this man be believed?
Shall his sins be forgiven?
Shall his crimes be reprieved?
And must I now begin to doubt,
Who never doubted all these years?
My heart is stone and still it trembles
The world I have known is lost in shadow.
Is he from heaven or from hell?
And does he know
That granting me my life today
This man has killed me even so?
I am reaching, but I fall
And the stars are black and cold
As I stare into the void
Of a world that cannot hold
I'll escape now from the world
From the world of Jean Valjean.
There is nowhere I can turn
There is no way to go on....
(He throws himself into the swollen river) 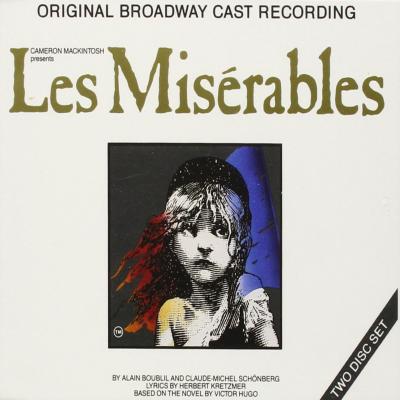 I Dreamed a Dream On My Own Who Am I? Do You Hear the People Sing? Bring Him Home One Day More! Castle on a Cloud Empty Chairs at Empty Tables Confrontation Look Down Stars MORE ›
New soundtracks
Bros Hocus Pocus 2 Greatest Beer Run Ever My Best Friend's Exorcism Lou End of the Road Bodies Bodies Bodies Day Shift Bullet Train Vengeance DC League of Super-Pets Minions: The Rise of Gru Elvis Good Luck to You, Leo Grande Brian and Charles Jerry & Marge Go Large Lightyear MORE ›