Ay yo,
I wanna dedicate this song right here to Oren Ishii
Half Chinese, half Japanisie, half American, and yo
Oh what a species
A figure of perfection
She got the sinister cat eyes
And little freckles on her complexion
Chief of the Yakusa
But she's wicked like Medusa
And she got Crazy 88 killers
That'd slice right through ya
Quick to chop a head off
Then wipe the blood off
A long-range sniper shot she busts
Never let a dud off
You got a minute to pray
And a second to die
You could see the image of the devil reflectin inside her eye
But since she was a little girl, yo
She never would cry
She seen so much tragedy
Let me explain to you why
She grew up on a military base
Where she had to face
The brutality of her mother and her father being erased
The blood dried from her teardrops on her cheek
You seen the smear spots
She sat, only watched
As the shogun sliced through her dear pops
Through his thick skull
Ya she's vicious, like a pit bull
And when it comes to hatred and revenge
She got a sh*t full
Revenge is the fire that burns inside your soul
Ay yo, she been bustin up knee caps son
Since the age of 11
But f**kin her enemy to death
That was her favorite weapon
And in death you paid in hell
Boy it can't be paid in heaven
You better get down on your knees son
And start prayin to the reverend
Bon Appetite
Boy revenge is so sweet
Especially when it's served on a cold dish
But she has no wish
But to cut yo day short
Like the winter solstice
And the chance to receive a slight bit of mercy from her was hopeless
Oren Ishii
Half Chinese, half Japanisie, half American
Oh, what a species
[Thanks to Bloodline_AC_Splyt@hotmail.com for lyrics]
[Thanks to Juniper7470-lyrics@yahoo.com for corrections] 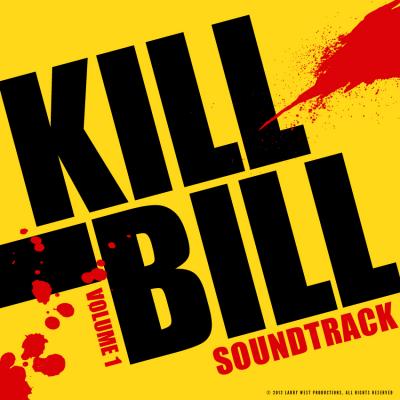 Bang Bang (My Baby Shot Me Down) The Flower of Carnage Don't Let Me Be Misunderstood That Certain Female You're My Wicked Life Queen Of The Crime Council MORE ›
New soundtracks
The Mitchells vs. The Machine Thunder Force SpongeBob Movie: Sponge on the Run Dutch Raya and the Last Dragon Yes Day Coming 2 America Billie Eilish: The World's A Little Blurry Walker Stage Mother Boogie WandaVision To All the Boys: Always and Forever, Lara Jean Cherry United States vs. Billie Holiday Map of Tiny Perfect Things Judas and the Black Messiah MORE ›