Turn me up
Now I gotta murder da' murder ta' get away
The eyes gotta peer now the fool's gotta pay
And if they pay then they pay with they life
So watch another man try to hold on to his life
Cause' I keep lookin' and huntin' just like a lion
Let the sucka' know that it's them that be dyin'
I show no remorse to the source of the tales
And if they tell then the hungry better battle
Aw I keep it comin' and comin' across the table
And if I miss, I never miss, cuz Im able
I'm lookin' forward and I'm lookin' over my shoulder
And I'll make a simple sin to make the bonus
But I'll never bless the rest, so never cease
I'll do a motherf**ker with this restin' piece
Cause' what they saw they never seen or even heard of
And if they live, it's just another body murdered....
.....another body murdered....
I'm makin' deals for deals that make a kill
And anyone looking gonna' get that ass killed
I'm livin' like a criminal and criminal I be
And I'm respected in the hood like a 'G'
But if they think I'm blasted then they gone
I'm takin' off they're head with a motherf**kin' chrome
I gotta pay the play the pay ta' get crooked
And I ain't 'BOO' til' I dump another fool
I see the fool runnin' and runnin' but where they goin' ?
Had to witness my murder now they knowin'
What they blast so blast so at the pad
I'll have the thing fixed...My life was goin' in a flash....
If I went to say
---- that'd be my ass
Searching for these fools while stepping cross the squares
Cause they can't hide and hide and that's real
And what you just witnessed with your eyes got ta' kill....
.....another body murdered.....
Bang your head to this....Turn me up!....another body murdered
...Faith No More....
I had to get it together to watch a body get murdered, ehh...
Boo-Yaa T.R.I.B.E...
I have to get it together to watch a body get murdered
Bang your head...come on...Bang your head....
....Bang your head.......Bang you head to this....
I see a fool an' I try an' test the fool
I testify that the fool will have to lose
Boo-Yaa T.R.I.B.E. gotta keep it low
Cause the brother that was shot with my motherf**kin Uz..ooooh...
As I bail with my head up
Round they crowd someone kicks my luck and then I get up
All these busters on my trail
Well they get where I'm at, but the fail cause' they can't bail
I keep bailin' I been stickin' my sh*t ever since they've had me jailed in
But it ain't all about servin' time...
It's about breakin' down the verd(ict) and servin' mine....
Another pass or passive
You wanta' play it by the Ridd did the king start blastin'
All these fools goin' up they sigh
They try to test mine
They never get to know why
Oooh how long can you live when a gangster like the Ridd keep smokin' that ass.....
Bang your head to this...
Turn me up.....I had to get it together to watch a body get murdered..ehh
Faith No More......I had to get it together to watch a body get murdered
Boo-Yaa T.R.I.B.E.....Murder well I won... 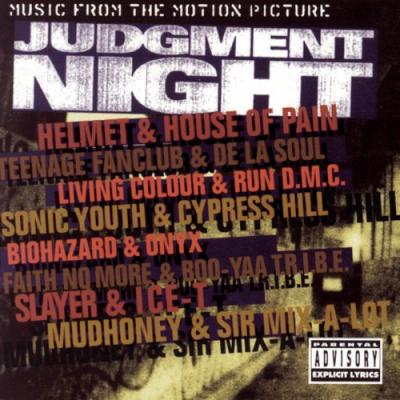