Game Tight lyrics - JT the Bigga Figga and the Fast One

[Chorus]
Game tight with the sh*t we pop
One love to real niggaz cause the game don't stop
From the T-R-U to the D-P-Gs
From the Firm to the Wu-Tang Clan for show see
Know me f**k around with the mob for show
Hit these funksters 3 times crazy and get low
Cause everyday everyday f**k all that drama
I hit the Bahamas for shows to get paid
[J.T. The Bigga Figga]
Come on, ease on down, ease on down
This funky tack the Fast One done layed down
Sipping on Crown
Royal, I done found a sick sound
Smooth, but rough enough for the underground
Now whose gone move the crowd like Mike Mike Jordan
But I'm the type that others want to try and be like
I recite and shines right with a cordless mic
I comes tight with more air than a pair of Nike's
I flows constantly sort of like a faucet
Lyrical bully, with a bulldozer you couldn't pull me
Now blow the douja with this type of sh*t I'm writing
I'm smoking hash ready to clash like the titans
Unforgettable like Natalie's remix of her father song
I keep my vocals strong, high off the cheech and chong
And when ya feel the dome
Funny bone makes me tickle
I comes colder than the north pole to freeze ya like an icecicle
[Chorus]
[The Fast One]
Up early in the morning channel 42 on cable
Pager going off up on my living room table
Shaking dominoes with P the reason to stack some more cheese
California breezing gets hected in drought season
Every time I hit the lab, thinking bout o's
With the D-O double D and the Figga you wouldn't know
Cause the combination is tighter than 4 knots
And you can here the ass cold knocking for 4 blocks
And showstops ain't the thang to do
County checking no disrespecting them boys in blue
And you know I'm for black with green in my pockets
Pass a note to the teller at the bank, so I can shock her
See, every dollar we stacking is to the ceiling
And after love making is for shaking the herbal healin
And catching feelings is a no no
Breaking more b**ches and hitting switches in the low low
Bounce and turn, like my homie Makaveli we ain't hard to find
Hit a nigga with a drop trying to flip a dime
And stacking papers is a daily routine
Instead of dope fiends, serving versus teller machines
And catching coke kings slipping at the docks at the bay
Cause the sh*t dried up so he put g's on layaway
And no mistakes, we lay them down for the stretch
Without a shot and had a fully loaded mac
On our way to the NYC we drop game
With round trip tickets, we kick it on stolen planes
And for the things that we can do for ya'll
One love to 2Pac, Mr. C and Biggie Smalls
And to all the soldiers in the game that we play
From the Bronx to the LBC up to the Bay
Cause everyday everyday f**k all that drama
I hit the Bahamas for shows to get paid
[Chorus] 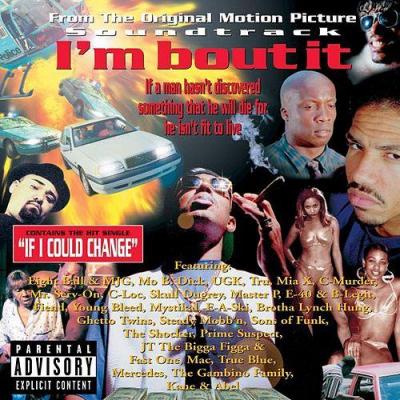 Pushin Inside You How You Do Dat Come on If I Could Change Ride 4 U Cops Runnin' After Ya Why They Wanna See Me Dead MORE ›
New soundtracks
Glass Onion: A Knives Out Mystery Bones and All The Guardians of the Galaxy Holiday Special Wendell & Wild Weird: The Al Yankovic Story School for Good and Evil Spider-Man: Across the Spider-Verse Amsterdam Lyle, Lyle, Crocodile Luckiest Girl Alive Monster High: The Movie Bros Hocus Pocus 2 Greatest Beer Run Ever My Best Friend's Exorcism Lou End of the Road MORE ›