What If Song Lyrics

Intro:
Yaaa....I'm f**king wit this, it's that classy sh*t, that gansta sh*t..Yaaa
Chorus:(50 cent)
Man I watch the sun go up and come down, saying what if
Man I watch the tide roll in and roll out, saying what if
Homie I play the blocks trying to get my packs off, saying what if
Man if I get a shot I could make it to the top, dam what if
Verse 1(50 cent):
If I got on some pretty boy sh*t like puffy,
Niggaz in the hood man they jus wouldn't love me.
If I wore a suit everyday like Jay Z,
Niggaz would think I bumped my f**king head and went crazy.
If I put diamonds in my teeth like Baby,
I wouldn't stand a chance to try and sell like Shady.
If I put out bullsh*t joints like A Z,
everychance Niggaz get they try and play me,
but I move around wit a little 380.
A Nigga try to stunt, a Nigga get spray B.
If I smoke weed all day like Snoop Do,
I'd see the world different through dilated pupils.
If I bust dance moves on you like Usher,
Niggaz would say 50 that ain't Gansta f**k ya.
Man I'mma jus keep doing what I do,
cause Niggaz can't do me better than I do.
Chorus(50 cent):
Verse 2(50 cent):
What if I had Blockbuster flicks like Will Smith,
and all the back pack Niggaz love me like Mose Deaf,
I'd prolly be a cool as Nigga like Ice Cube.
Picture me in a flick right now, looking so cool.
What if I was a littley kei Nigga jus laid back,
Hustlin keep a Homie around, somebody around to hold a Gat.
Man what if Hallie Barry was my next baby's mom,
sh*t I'd get that child support up wit no problem.
If I caught a case and jumped bail, I'd get caught
cause I'm that Nigga everbody know from New York.
What if I was a new rap Nigga you didn't know,
you'd be sayin "damn that kid got a sick flow".
What if I jus Cruized through your hood on 22's, bumping
Curtis Matfield or Marvin so smooth
and if I let the top down on the ???
that would make you sick to your stomach I'm sure.
Chorus(50 cent):
[Thanks to ultimatebrother@hotmail.com for lyrics] 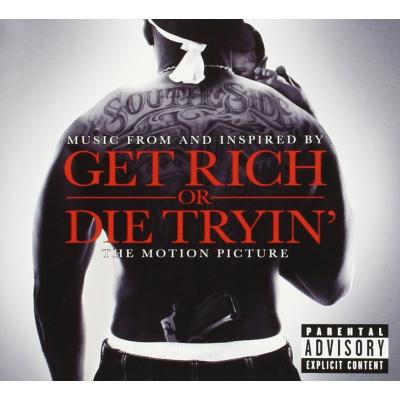