Uh ha, what? Young Soldierz in this motherf**ker
And Wiz, is it bout time? Yeah, alright
It's on, nineteen ninety f**k
[Chorus:]
Now everybody wanna pack a Glock
when all the time niggas know, that'cha skins get locked
It takes a nigga like me, cos I can see thru the fake
You niggas make it sound good, but you niggas is cupcakes
Ass out if you're the last (nigga)
to feel the wrath when I blast (nigga)
Figure I can make a motions for murder
Mass destruction, discussions unheard of
f**k the script, I feel the pow's in and out of town
And now it's on-a, just from city, to 300
See it's a shame on how these lames keepin up the game
f**kin up the game for the next real nigga
Until my Gz do it, time to stay cell block
Stay strong while Gz get your ride on
I been there and done that, no tellin
if I ever come back but if I do, I ain't scared of it
See some niggas call drug busts, non-plussed
Swear to God, only momma had it sewed up
So f**k the company cos ya best ta keep on walkin
while you can, 'fore my Doggs start barkin, man
Hangin out late night, off the shee-ba
All's we heard is they got what they de-served
See up in trojans, spit the game a little more than that
Then I be f**kin off the game before the next nigga
Never test what you can't keep
Cos if I need it, I'ma get it, if I want it, I'ma take it
I'm undisputed, undefeated, might've even cheated
I'm highly weeded, so much you get'cha ass heated
I know it might sound like a nigga sayin somethin
But me and my niggas ain't give nothin, yeah
For one magical wavin his Tek
I can make the whole motherf**ker party and jet
Young stretch him in the house, waitin for you to trip
So I can pop in this clip and make your b**ch ass strip
Glock parties, block parties, niggas best on burning
Cos once we get up on it, catch you in a Kodak moment
Nigga (we turn niggas butts to ash), straight up
(No masses, it clips to last)
Eastside Wotts niggas ain't wit all that dissin and sh*t
Hit em with the slang, knock his brain from his frame, baby
[Chorus]
Niggas, buck their domes so they wanna act wild
The def town makin home course from X-Files
Schitzophreniac, you think you're maniac
But ol' laniacs, y'all just some fraidy cats
for sayin that, come to the 'Wood, get that ass light
Come play hockey wit these Kings and get that ass iced
Competition was down core, ra-cum-ba-ba
Who been the lesser learned to arrived, bum-pa
This will was meant to role, never heard of control
Even my b**ch will snatch your soul out'cha *?f**k pool?*
?? fast niggas, straight cupcakes
Before they hit me up, they wave till they be my face
These niggas got me smokin, these wiggas got me hot
Talkin bout who they shot and how they carry Glocks
Like I said, some know me from that bang in the West
Enemies know me from pullin straps, bustin caps in they necks
I'm from Inglewood, where your life's considered a joke
Nigga, the bottom's off Crenshaw and 104th
Now it's time to separate these prankster gangstas
Young Gz and Wallabies, Young Soldierz to breeze
[Chorus (x2)]
Niggas runnin mouth like it's the thang to do
They saw how we put it down, now they bangin too
They wanna do what the gangstas do, check that
and imitate while the Soldierz' true
Break out of this, reality is the city I dwell
Kill em ?? a pump iron, make him relate to his hell, nigga, uhh
I feel like in order to kick, gangsta sh*t, niggas need a licence, nigga
what?
I feel like in order to kick, gangsta sh*t, niggas need a licence
All of a sudden, now you're hard, nigga
Like the day you were born, you're still a b**ch nigga
And I know that it's not, but I makes it my job
without the green, I bets to bring the ?? to your squad
I hope you understand that we take, niggas for jokes
And how we do mark-ass niggas? Slap your ass in the throat
Tag teamin, toe-taggin niggas, ol' baggin niggas
Doin a batch of niggas wit machines that double teams
Jumpin niggas like pogos
Droppin niggas quick like asses on low-low's
No more room for the niggas who ain't troopers
The West and Eastside are the original beatsiders, provide us
a motherf**kin mic and a hoe
And we can crack em both for show, f**k toe for toe
Foe for foe, young nigga don't make me
Sure your Glocks ain't got no safety
Makin principalities about my casualties
'Rip or Blood nigga, it really don't matter me
Jose, you might just lose your life
Put down them drawers, hang a b**ch by his balls
Y-Gz
[Chorus to fade] 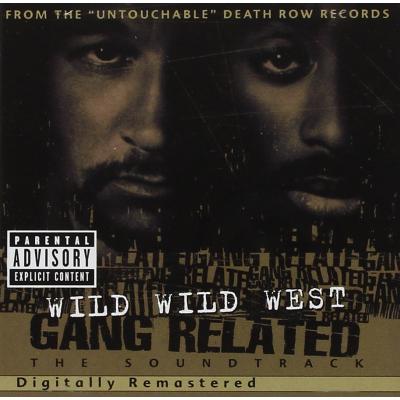