Oh, I have always had a bit of a knack for witchcraft
Common spells and simple charms came naturally
so, when the war began, I conjured up a plan
To perfect my talent to its nth degree
And do my bit in the national emergency.
I enrolled in the Hocus Pocus Correspondence College of Witchcraft,
(in itself no small achievement.)
And I slaved at every lesson as it came
I really hoped by now
I’d filled my witch’s vow and be a witch that’s worthy of the name.
But my secret’s out and I’ve only myself to blame.
I can rant as a witch and enchant as a witch
I can rave and in most ways behave as a witch
But Alas! What I lack to be great…
is the fundamental element…hate!
(I can’t be mean, I’m much too kind.)
I can croak (he, he) as a witch, manage smoke as a witch,
Minor magic is mine to evoke as a witch
But Alas! What I lack to be great…
is the fundamental element…hate!
If I could only hate you, I’d turn you into frogs,
Without a single smidgeon of remorse, I’d just forget you!
But every evil spell I cast, lacks what it takes to make it last
For hate was never covered in the course
They assumed one has it
(‘Else why go through all the expense and bother of enrolling)
Second rate as a witch is my fate as a witch
For the primary character trait of a witch
is alas! What I lack to be great… is the fundamental element…
When I think of all the newt eyes that I’ve pickled
Quarts and quarts of withes bane I’ve had to brew
all the sulfur that I’ve burned,
poxes, hexes that I’ve learned
and now it’s all in vain because of you
I responded to a touch of human kindness
A transgression which a witch must never make.
You’ve discovered here tonight,
What I strove to keep from sight
So witch-wise, there is just one path to take…
I must destroy you… I must, I must, I must!
For England’s sake!
[Thanks to akur@yahoo.com for lyrics] 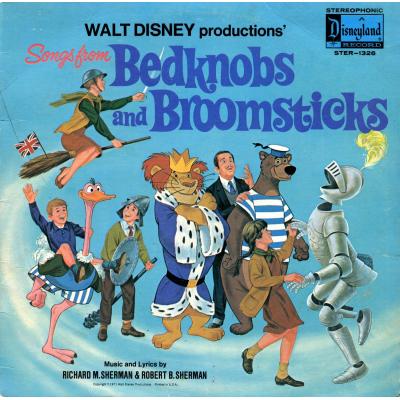