[Kool G. Rap:]
You ain't sayin' nothing slick to a can of oil
Tell your man to tell his man that his man's a girl
I holds weight, ya'll niggas skinny like Olive Oil
We throws atleast half a ki' in the pot to boil
Royal niggas, rags to riches
Because your boy breaks b**ches like glasses, dishes
Burn money like I put it in some grass and spliffed it
If I don't get my man that's passed, it's not misses
Female donkeys, ya'll niggas ass and di*kless
Hard white rap, just some foil like chiclets
Never had a wife, you better settle for the mistress
The truth like Al Capone dying for the syphlis
Cross me, you name flying on the hit list
Ya'll niggas buck, won't even pop a clutch on the gear shift
That ain't the hard pose, nigga, you just scared stiff
I'm on my grizzly, you might walk right into bear sh*t
You rock your pants too tight, get off that queer sh*t
No turning back when it's on, I ain't trynna hear sh*t
Like the coast guard, I got them choppers than can airlift
[Chorus: Tash Mahogany]
Sword, don't you know what you bring?
You destroy everything - all the blood that you give to men
There's, no excuse I could give - we just all want to live
All the war that you bring to men
War - is comin' home - takes families
War - I'm not a great big fan of it
War - is something that is scandalous
Oh no - oh no
War - is comin' by air, land, & sea
War - is man's insanity
This world... for sure...
Must stop - this world of war
[Ghostface Killah:]
Tell ya fake niggas don't get me involved, my back is chunky
Four-five hanging out the jeans, is crunchy
Facial hair beard, looking like Abe Lincoln
Stand next to you and my jewels look like ya cage is shrinking
Love sweets like a dope fiend, nodder with fat hands
Keep birds around me, they be calling me Batman
Precisely I pop like cheap luggage, prefusely bleeding
Word on the streets is you lost three buckets
f**k it, you keep dying, I'm into red diamonds
Rob me, b**ch, I have your whole hood crying
Lighting candles on the street like, 'why you trying? '
Oh lord, why you had to lullabye him
His jewels is cursed, his seeds is first
When he do shows, he pop a wheelie off his murst
Six three, medium built, tall like Lurch
While ya'll f*ggots be sleep, he be putting in work
[RZA:]
That's his absorbance stance, I got it down to a glance
It's war, I got the biggest gun down my pants, pants
Got a rock, rocket in my pocket
For to knock ya head right out the socket
Turn teardrops to smile, been glanced this spare child
Spra ya gallon of mace in your face, burn off your 'brows
No phone home, you dribbling, we stone ya sibling
Get my bloods from Tilden, to burn your building
Poison tip dagger sword, chop through your collar bone
No, you don't got a f**king chance to holler home
Nice dream, your sliced spleen, cut through your ice bling
G-O-D, heats, melts you like it's ice cream
I'm not vanilla, I'm black panther chinchilla
My cousin's an orangutan, my brother's a gorilla
The other's a ape, he turn a rainbow straight
Get you trapped in the jungle now you can't escape
War it is, that's the biz, glock pop, plops the feds
Split your wig, crack your whip, smack your wiz, blast your 'quip
Chains and whips, planes and ships, guns, swords and flintstones
And bricks, munch, clothes and kicks, you know it's 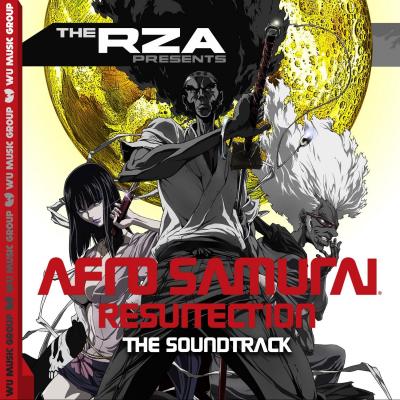