Rutledge:
Molasses to rum to slaves, oh what a beautiful waltz
You dance with us, we dance with you
Molasses and rum and slaves
Who sails the ships out of Boston
Ladened with bibles and rum?
Who drinks a toast to the Ivory Coast?
Hail Africa, the slavers have come
New England with bibles and rum
And its off with the rum and the bibles
Take on the slaves, clink, clink
Hail and farewell to the smell
Of the African coast
Molasses to rum to slaves
'Tisn't morals, 'tis money that saves
Shall we dance to the sound of the profitable pound
In molasses and rum and slaves
Who sails the ships out of Guinea
Ladened with bibles and slaves?
'Tis Boston can boast to the West Indies coast
Jamaica, we brung what ye craves
Antigua, Barbados, we brung bibles and slaves!
Molasses to rum to slaves
Who sail the ships back to Boston
Ladened with gold, see it gleam
Whose fortunes are made in the triangle trade
Hail slavery, the New England dream!
Mr. Adams, I give you a toast:
Hail Boston! Hail Charleston!
Who stinketh the most? 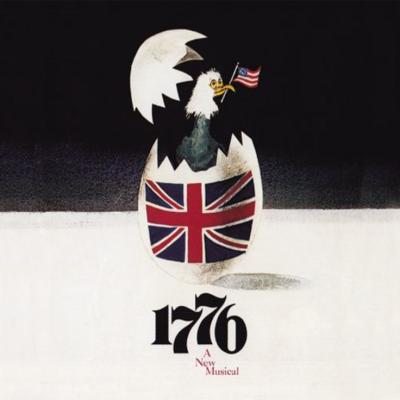 Sit Down, John Momma Look Sharp But, Mr. Adams He Plays the Violin Lees of Old Virginia Is Anybody There? Piddle, Twiddle and Resolve / Till Then Cool, Cool, Considerate Men Egg Yours, Yours, Yours MORE ›
New soundtracks
Spirited Roald Dahl's Matilda The Musical I Wanna Dance With Somebody Shazam! Fury of the Gods Puss in Boots: The Last Wish Guardians of the Galaxy Vol. 3 Avatar: The Way of Water Zootopia Plus Scrooge: A Christmas Carol Glass Onion: A Knives Out Mystery Bones and All The Guardians of the Galaxy Holiday Special Wendell & Wild Weird: The Al Yankovic Story School for Good and Evil Spider-Man: Across the Spider-Verse Amsterdam MORE ›