November, 29th 2016
BlackOut was performed by DJ Felli Fel Presents The Americanos and it is of 3:35 in length. Abhor voice that screams at the beginning, must give a clearly understanding to the audience that this melody will now be super mega-crazy. Well, okay. Maybe someone will really give the extra energy or motivation to listen to a song of such active start. The style is electro rap, which will please its fans a lot. Reference: More on SOHH.com

DJ Felli Fel presents The Americanos   "We Are Your Friends" soundtrack

[Intro: Lil Jon]
Ya!
Lil Jon!
I said I wasn't drinking tonight, but you know what f**k it!
I think I'm gonna get so f**ked up I might god damn blackout!
[ Pre-Hook: Juicy J]
Put your hands in the air, let me know you out there (x4)
[Hook (x2): Juicy J]
Hungover and I'm back out
White party and I'm blacked out
Black card that just maxed out
I'm about to just black out (x3)
[Bridge: Lil Jon]
If you gettin' f**ked up, put your f**kin' cups up (x4)
[Verse 1: Tyga]
Miley Cyrus, Mary Poppins, lets get it poppin'
Rock out, that's Janis Joplin, she a red head no Dennis Rodman
Don't bullsh*t me, I'm a Red Bull sipper don't cut my wings
On the tail of the jet all you see is steam, gotta bad b**ch nude in the front seat
She make it bounce, bring your body I bring an ounce
Don't chase pussy, that's cat and mouse
Every day I'm turnin' out
[Hook] + [Bridge] + [Hook] 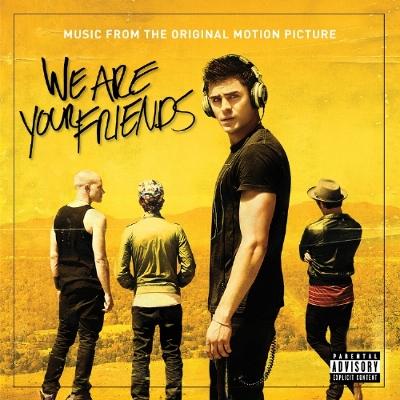