[Intro: RZA]
The Chinese have a saying; "Dangerous men will meet in narrow streets"
And so it was, Wu will raise between the Clans
And that meant pressure on me, to make more weapons
And as word of the gold shipment spread
Strangers suddenly appeared in Jungle Village
[Raekwon]
Aiyo, aiyo, machete's still stainless, the archbishop run from the narcs
A crisp biscuit, plus play the heart, wrist glisten
Cool captain, catch me in Africa, blacked down
With four, five Somalians, black Timbs
Rubber suit Wonder Woman, bangles and blue Coupe
I'm usually up on the roof, counting mad loot
Root beer reefer, T-frame, doing my one-two
Smoking with a plain Jane trooper
Excellent with rifles, out in Japan, in a flight goose
Switchblade that poke out the night boost
Flustered on the bullet train with chains on
Getting my train on, thunder money make bread brainstorm
All this is made for the Forbes list, whores get p**sed
Aiyo, he f**ked me out his drawers, he dissed me
All this is calculated, the Batman of the Blackhand
Mafia money, killas who rock tans
[Chorus 2X: U-God]
Bone, crushing, smooth, kicks
Blades, chopping, through, bricks
Master of the weaponry, sells to both clicks
Blacksmith, with the Iron Fists
[Ghostface Killah]
Yeah, yo, rigamortis, I watch your body rot to the bone structure
Scr*pe out your brain watch your eyeballs rupture
Black magic, leave your f**king skull in a soup pot
Makaveli, vamoose like 2Pac
Suicidal tendencies, downing white Hennessey
Look in the book, I'm the definition of menace, B
Choking niggas out for no reason, it's Duck Seazon
I'm cold as ice, six degrees below freezing
Stay dipped, rock a striped shirt like Freddy Krueger
You'se a baby piranha surrounded by barracudas
Seven thirty, I'm more like six o'clock
Straight up and down, beating niggas til there's blood in the socks
Ox' and duff 'em, stuff 'em in black bags
Without getting no blood on my fresh rags
Ruthless, heart of a stone, born with no emotions
I p**s out brouhahas, poisonous potions
[Chorus 2X]
[Kool G. Rap]
Yeah, it's the three deadly venoms, with weapons in the denims
Some sh*t that'll shake windows and break late tenants
Come left field, aim crooked, and just straight blaze in 'em
Have you niggas with straight legs, with a fake leg in 'em
Wolf in sheep's clothing, nah, I'm scoping a tender lamb
Spin you b**ches like a ballroom dinner dance
G mode, dress code, got suspended plans
Russian roulette, money bet, go and spend your chance
You little fleas, the Killa Beez and army ants
EMS cut up your jeans like zombie pants
Hollow chrome to your collar bone, pinned against a dope beat
That sound like the first key on the xylophone
Grown men discussing death in the mildest tone
See how quick the smiley faces turn solid stone
Ghostface, Rae and G be the wildest known
We straight street, but we keep a seat in the palace throne
[Chorus 2X] 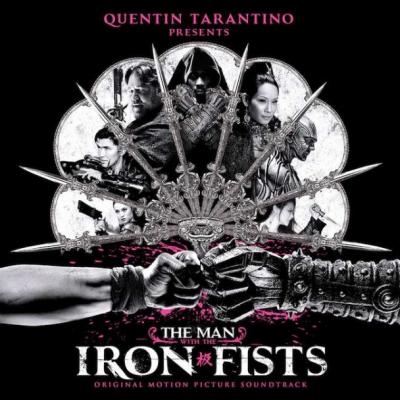