[Intro: Jadakiss]
Uh huh! I ain’t even good with writin
I don’t even write sh*t
I just felt, I had to write this letter to BIG
Niggas is actin like … letter to BIG
Uh, yo
[Verse One: Jadakiss]
Dear Christopher Frank White Wallace
Yeah it’s your boy Kiss I just wanna holla
In your memory I keep the Coogi in my closet
Kangol on the rack, a fresh pair of Wallies
You know I’m still the liquor and the weed child
And still got Branson on speed dial
And everybody’s the king now
You ain’t gotta be nice gettin shot is the thing now
Mafia was doin there best they separated
Now Roc and Gutta doin a stretch, uh, yeah
Kim is still in it to win it
I seen Money L awhile ago but I ain’t heard from Cease in a minute
People in power is queer
I could go on for a year ’bout how it would be if you were still here
The game got cheaper, rappers is more commercially successful now
But the heart’s a lot weaker
You know me still got the flow that’ll pop speakers
First option on offense the top feature
It’s easy BIG all you need is a pro tool set
And I ain’t touch the paper that I was supposed to yet
Everybody that’s somebody show respect
Only a matter of time before they notice that
I’m an impeccable lyricist
And with the right mechanics, I could take over be clear of this
They well aware of Kiss the light of the city
And I ain’t on the label no more but I’m tighter with Diddy
I got my own plan handle mine like a grown man
Long as I know I’m nice, f**k it I’m my own fan
Remixed the joints you had
But, they could never ever duplicate your swag (Never)
Meanwhile I’m a keep it so on my lil’ plans
And you might bump into a few of my lil’ mans
Up there steppin with God
Down here Mister Cee in BK still reppin you hard
Tianna so pretty, CJ turned into a Lil’ Biggie
Just a little lighter but so witty
On your born day, we get the highest
Groovy still the best with the garments, he keep me the flyest
Tonight, Patron is dead
Only right that I take a bottle of Bacardi Lime the head
And before I end it, I gotta say thanks
‘Cause not only was your time well-spent, it was splendid (thanks)
… Miss you, my nigga
One Love (So we tried to hard to understand)
[Chorus: Faith Evans] (Jadakiss)
So we tried to hard to understand, why you had to go away
(That was my letter to B.I.G., nah mean?)
You were everything - you were everything
(I felt it was only right, I really smoked with them niggas)
[Bridge: Faith Evans] (Jadakiss)
So we’ll just keep our heads to the sky (Drink wit ‘em)
(Sat wit ‘em, talked wit ‘em)
‘Cause we know we’re gonna see you in the next lifetime (Real sh*t)
But it’s never easy saying good bye
(See you when I get there, Biggie)
Saying good bye (Love you)
[Chorus: Faith Evans]
So we tried to hard to understand, why you had to go away
You were everything (Why you had to go away?)
So we tried to hard to understand, why you had to go away
You were everything Oooo-hooo … 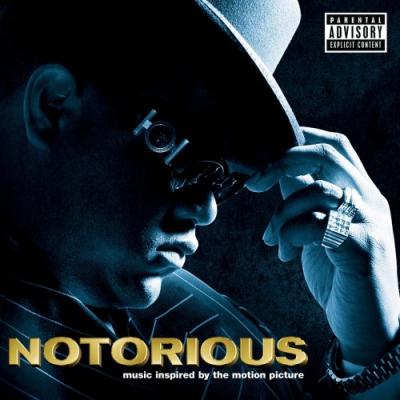