Yo, welcome
This is MC sharper image
I'm standing here with my dog technology
And we are here to uplift you mind
and upgrade your systems
so come on down everyone that wants to get some
plug in and boot, and boot
[Method Man]
Yo, Yo, I couldn't give a rat's ass
I've come to eat grub and slap ass
And show my whole entire black ass
Y'all know the saying he who laughs last laughs loudest
Bang the loudest, can't a coward do a thing 'bout it
What the bum-ba claat like "aye carumba"
Here's my name and number, lets "La Rhumba"
Doc, it makes me wonder; how many heads has Heather Hunter's
How many different conclusions to come to
And my sixteen bars meth, hittin' too hard
With a total disregard for whole entourage
Rap phenom, slap your ass, snap your thong to my theme song
And hope you don't get clap upon
Who that kid, as dirty as that Ol' Dirty Bastard
Who that kid, who pack a tool belt and dirty belt and dirty ratchet
Set your tape recorder, lock down your daughter
Soon as a touch the rap game, out of order
[Redman]
Do I get brollic
Gimme that car ill show you how to flip mileage
Gimme that mic, ill short it with a quick wattage
Skip college for the big wallet
The ape with a fire escape from the weight of a hit product
My draft is cold like miller beer
When you hear it, you see more stars than tigger's cheer
The red nigga here, and its out of control
Something like when Ron Gold' went out with Nicole
I'll bring it back to the streets where the crooks belong
And if it ain't come back raw, you cooked it wrong
Gangsta bomb, hold your nose
At the show, ill be sh*ttin' out my mouth like my colon closed
Me and meth, 100 proof, in case y'all a biter
And ovaries, feel these great ball of fire
(Doc, where the lighter) I'm hemming them up
Coffee grind them and put them in a vanilla dutch
[Hook] (with America's' most after the end of each line)
Believe that, the brothers in the house now be that
Believe that, lets turn the mother out now, be that
Beback , that what it all about now ,be that
We not playin' (knowwhatinsayn' sonsayin)
Believe that, the brothers in the house now be that
Believe that, lets turn the mother out now, be that
Beback , that what it all about now ,be that
f**k with the meth(knowwhatinsayn' sonsayin)
[Method Man]
I'm looking at you killers like you stole something, f**k ya life
Trust my niggaz, sometimes for I trust my wife
f**k it, I'm nice, y'all don't be rushing the mic
With your guns in your left hand
Not bustin' it right
Ain't no I in the team
Ain't no eyen' my cream
I'm a semi-auto, clean
Rapid-fire machine
Cocky, six foot three with knock knees
Attract hoodrats for blocks cause I got cheese
[Redman]
yo, dude I carry cheese, but I don't flaunt it
when the towel it thrown it, you know there's grown men that spoke on it
We both want it, the Trackmasters
Puncturing holes in the beat when a vocal tone poke on it
Barbaric, my caddie truck beyond average
with the same size wheels that on a horse carriage
up in the air , spot my dudes
Rollin' over sh*t like B. Rhymes on mountain dew
[Hook] - repeat 2X 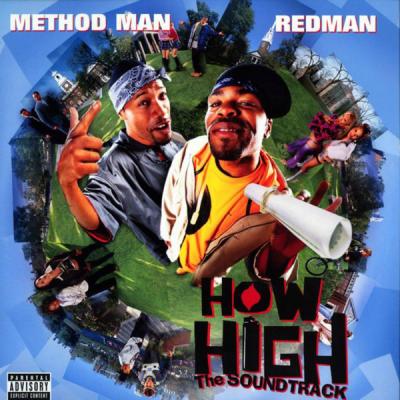