The Lady of Rage   "Gridlock'd" soundtrack

Yikes!
[Rage]
Uh-huh, right back at cha
Uh-huh, The Lady of, The Lady of Rage
Still remain the undisputed
Ahh, still hit MC's like
("hoo-yu-ken" [Street Fighter sound, from Afro Puffs])
Uh, I begin like this; with the wicked ass flow
Somethin for you wack MC's to think about y'know (you what?)
You better be on point (they what?), ya better be on deck
You better be strapped and buckled down cause I'ma wreck
*tires squeel, car crashes and glass breaks* like vehicles
I pop suckers like sickle
I tickle your fancy like Nancy and Wil-son get ill son
rock it from Farnville, the Tilden Projects (hah)
Concealed when I wreck
So hey, step like stairs, or prepare for the levitate (to what?)
to mount up on that ass like Warren G the Regulator
I won't hesitate to put a sucker on his back (uh-uh)
I don't hesitate to take a sucker out like that (uh-uh)
I close my eyes and dig deep into myself
Come up with the sh*t that's hittin harder than belts
cause I'm spankin, fakin MC's
off the batboard smack another hit from the back door
[chorus]
It's that Sho Shot sh*t I release
MC's from the West and the East get a motherf**kin piece
Cause it, ain't where ya from it's, where's ya gat
And the lyrical attack is where my ammo is at
[repeat 2X]
Now they call me Rage cause I rush and come down like a hammer
Live rhythm get driven by vocal vehicular grammar
Untouched, the walls come crumbling down
You get clutched, in my clutches fifty feet from the ground
Fatally feminine, poisonous enought to extinct
cities of war fled the valley, so all of Cali sink
I come stompin like Snoop, hit the N-Y next
I ain't puffin up that sh*t between the East and the West
I use my, hip-hop precision, perfectly put to use it's
metaphoric phrases, spittin like deuce deuces
Continuous and strenuous, crafty and shady
Brothers notice me like Jodeci, now Forever They Lady
I puts it to ya like this, you can despite me, dislike me
I makes money like Spike Lee
You either wanna be me or be just like me
I'm nasty, nice-ty, no sheisty
Ahh, so cold I'm icy, hah, so throw them dice G
[chorus (repeat 2X)]
Now I speak with expertise, and any heffer won't beef (moo)
I be that A-1 Sauce, on your lips like floss
I eat suckers as my entree, Rage got da bombay
I gets total wreck and I ain't, playin wit a full deck
it's just this, ace in your face, kicks from Earth to outer space
Gimme space room to breath, roll up my sleeves just to breeze
Blowin up the spot like infrared dots on your knot
your knoggin, lyrical murderer a Rockin Robin
I be dishin out that puddin, all you suckers pussyfootin
be actin, but I ain't got time for theatrics
My crews be crushin, sh*tty MC's
I be flushin down the commode as I explode cock back and reload
Right the beat until they say WHOA
Then they tell me, "Momma don't hurt me no mo'!"
I'm strictly bout them skills on the reala
Strictly bout this motherf**kin MC cold killa, illa
[chorus (repeat 4X)]
It's that Sho Shot Sho Shot Sho Shot
Sho Shot Sho Shot
It's that Sho Shot Sho SHot Sho Shot
That Sho Shot Sho Shot sheeeeit
It's that Sho Shot Sho Shot sheeeeit
That Sho Shot, sheeeeit, sheeeeit
That Sho Shot Sho Shot sheeeeit
That Sho Shot Sho Shot sheeeeit
Uhh, the heavyweight undisputed, still hit MC's like
("Hoo-yu-ken!") break it down now
Lyrical murderer, hit MC's like what?
("Hoo-yu-ken!") c'mon now
Ain't a damn thing changed
I still remain, the ill, reputed
And just in case y'all forgot or, just didn't know
I hit MC's like ("Hoo-yu-ken!") break it down now 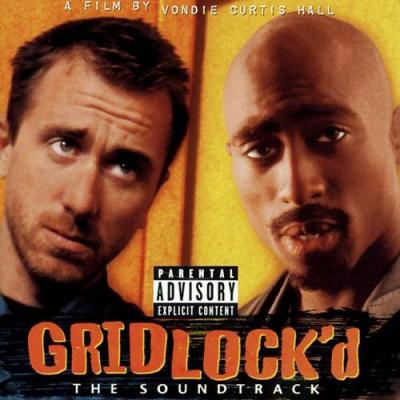 Never Had a Friend Like Me Wanted Dead or Alive It's Over Now MORE ›
New soundtracks
Suicide Squad 2 Free Guy Vivo Respect Hotel Transylvania: Transformania Space Jam: A New Legacy In The Heights (movie) Army of the Dead Cruella The Mitchells vs. The Machine Thunder Force SpongeBob Movie: Sponge on the Run Dutch Raya and the Last Dragon Yes Day Coming 2 America Billie Eilish: The World's A Little Blurry MORE ›