Runnin from the Police Song Lyrics

[Chours (C-Murder)]
Running from the police, they never capture me
Running from the police, they never capture me
Running from the police, they never capture me
Running from the motherf**king police
[Verse 1 (C-Murder)]
The got a warrant on my head, wanna see me dead or alive
Why, catch the news at five
Roundin hundreds, pullin kickdoes, I'm poppin' no does
I can't sleep unless I make it across the border
Mexico, Cancoon, hope I make it soon
On the beach with a freak looking at the moon
And the stars, cause the police cars got me spooked
Everytime I see the boys in blue
I wanna run and get the gun and start bustin' for fun
Hid in trees never waitin' on the outcome (outcome)
Will I ever see the penn or will they ever capture me
I don't know, I'm just running from the police
[Chours]
[Verse 2 (Mystikal)]
I'm the nigga thats coming with the gun puttin them shots up, shots up
Smoking dope and running from the police, nigga now watch out, watch out
Uptown niggas to the downtown killas, handle your business, stealing niggas
On my mind, cock it up, straight it bout to scare them niggas
Till they grab me, then the b**ch gon' frisk
I say 'f**k business' and the b**ch close this
Huh, you roughed me up and that b**ch they copped me up
You b**ches gon' have to straight up f**k me up just to shut me up
f**kin' right I got the gun, these niggas ain't playing
Smell like weed because I've been smoking weed, what you sayin
Man, so see I can't stand the five O
Always f**kin' with somebody, then I'm broke
[Chorus]
[Verse 3 (C-Murder)]
Taz, taz on my motherf**kin' trail and it's hard
Try to hide in the ride when I make it to the northside
Dirty gat in the Lac with the broken tail lights
If they catch me they gon' read me my rights
Sike, many years, many felons, many two elevens
Booquo stores they cause in the motherf**kin' murder charge
My rap sheet is kind of long but I'm strong
Word is born, it all started when I listened to a rap song
Hella blunts, gettin' blunted, never stunted
Now I'm running like a dummy if it's sued in some fast money
I gotta creep cause them motherf**kers after me
And I'm running from the motherf**king police
[Chorus x2] 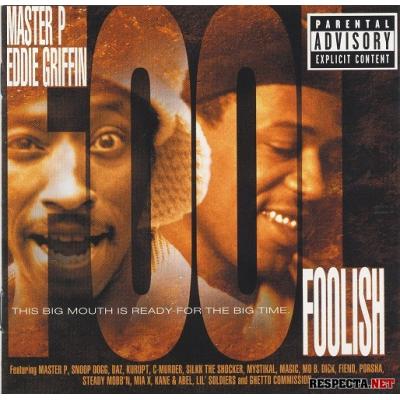