[Ja Rule]
f**k that, let's do it man, f**k that
Cock back on these niggas man
f**k is wrong with these niggas
The f**k is wrong with y'all niggas
[Black Child & Ja Rule]
Yo, yo
New York City, this crime capital
It's right now, sh*t
When niggas'll blast when we have to
We'll match you nigga, a million or more
Let's throw the trunk with roar, uncut, let's go on world tour
In Maine, we was cookin up cocaine
Cash was coming fast, missed the midnight train
f**k it, let's push the 600 down to Georgia
Got a good lawyer, and enough guns for you
Atlanta, GA, was like a holiday
In VA, getting high, f**king all day
The pressure was strenuous down in Texas
Bubble Lexus into mako, made my exit
Got on some next sh*t, let's get hectic in Arizona
Blew up a sport town, kinda looked like Corona
We sellin 3-5-7's with speed loaders
In Minnesota, in South and North Dakota
Nigga let's make these moves to Iowa
In the Acura TL, with a hundred thou' for bail, for real
From there we take it to Chi-town, acapo style
Dutches, white owls, moheads, crystal
Pistols get packed in Pennsylvania
Started a drug ring with liquid crack in containers
Ja they gettin high yo, in Ohio
I know, I-O go like indo and out a hoe
Let's hit the casino in Nevada
Las Vegas, pull a heist and make the news and newspapers
Then flee to Florida with Gloria from Istoria
In a Ford Explorer and her cousin Nora
Who work for me, put that extra key in her pussy
We let her push the 850 to Mississippi
Missouri, Montana, Wyoming, we zoning
Nebraska got em open, illegal transporting
Wisconsin, Colorado, Utah, Oregon
Let's wash in Washington and start this motherf**kin war again
It's on again in Boston, better get the fortune
And start forcing extortion for your portion
Cock back the porcelain make Michigan the murder state
From Wisconsin to Compton, regulate every state
North Carolina, South Carolina, doing drive-by's the black Pathfinders
That's the reminder for niggas who don't remember sh*t
All the dirt we did in Denver to get my niggas out the slammer
In Alabama, locked in Lousiana, enter in Indiana
On some Oklahoma bombing sh*t, Tony Montana sh*t
With predicates from Kansas to Connecticut
They worthy, like car thieves in Jersey
You lucky we let a nigga live in Kentucky
Fired two guys for two pies, and ported rocks lovely
Like my short time Maryland always carrying
Slangin raw for Marcus on the New Hamp shore
f**k the law, we doin sticks down in Vermont
With the bullsh*t galore, with the broad in the front
Nigga please, I just bought wifey the 430
Now we sip Henessy in Tennessee and drive dirty
Headed to Hawaii getting high off Hawaiian
We heavy with the iron, first nigga move is dying motherf**ker
Yo, yo
Nigga we go state to state
Nigga that's what's up
Rule and Black baby, we get it done
Come on, we go state to state
Nigga that's what's up
Rule and Black baby, we get it done
Come on 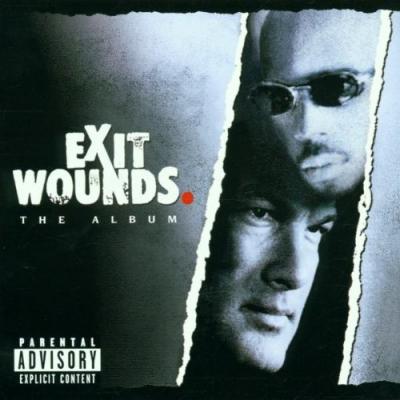