Yo, this goes out to all the Tameeka's, yeah
All around the world, you know who you are, I see you
[Mario]
Hey yo I might this shorty up on 125th
She was standing 5'4" with her hands on her hips
She had the clothes on, capris send it to the tip
Body when she walks, she pulled the keys to the whip
I was laughing in the Bentley when the stop-light changed
Thought I just might but 5-0 flipped the game
She looked at me as I made my way
As I rolled up I asked what's your name
[Chorus: Mario with Fabolous rapping along in background]
Tameeka, hot chick, what chick, got chick
Now she's about to blow your spot chick
Tameeka, you know the type that mom's don't want you hanging with
Tameeka, and if you gotta girl make sure she the one your bringing with
Tameeka, hey yo she ain't the one to be playing with
[Mario]
I talk black about things I do
Guess she could tell cause my rocks got blue
And every man ain't gotta different girl like you
Is he what, is he cool
But as I got a mess on the platinum two-way
Said she'd see me the Friday
Friday came and went
That was a week and I ain't seen Tameeka since
[Chorus]
[Fabolous]
Meeka who could do you betta than the one you with
No more shoppin' on 1-2 fifth, you could run through Tiff's
Who else, you'd rather be in a V 1-2 if
Other than young F-A-B-O-L-O-U-S
I'm a hot kid, hot vid and I don't got kids
Benzs, Bentleys and they don't got lids
Meet me then you can say you know a roller
I don't tak to chicks unless it's through Motorolas
Plus the kid ain't the one to be playin' with either
Look at me and tell I have trouble stayin' with fevas
I be layin' with divas, and I don't like nothin' but
And not the one that be playin with beavas
It's something about the way your switch it shakes
The airbags almost came out when I hit the brakes
The others got Mickey-D's, I'ma get you steaks
My mom's hatin' tellin' me not to hang with you, for real
[Chorus x3] with Fabolous ad-libs
[Thanks to dylantice62@hotmail.com for lyrics] 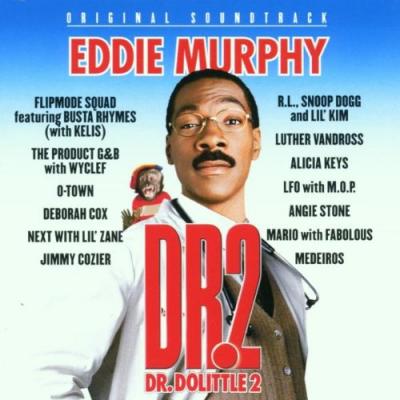