The Roots and Amel Larrieux   "Down to Earth" soundtrack

Chorus [Amel Larrieux]
You live, you die
And spend the years in between asking the question
Why you've been through what you been
You lose, you win
You even pay for other sins
But you most always adore the skin you are in
[Black Thought]
I woke up and it was pouring down rain
I put my head on, it really wasn't no thing
One of them days I was feeling immune to the pain
Threw on, Alice Coltrane, smoked and sang
And wrote this flame compused to the rhythm of the droplets
And went whispering simliar to gossip
The kick slapping at the window glass
Slow down the globe so it don't spin too fast
Because, I been running like a river since
The age of my early innocence
It just made me ambitious
My grams used to tell me "Man listen,
If you can't burn, don't step into the kitchen"
You muscle your turn, the laws of the land viscious
We gotta stick to the plan, which is
Pursuing true riches, whether we trade stock or wash dishes
Throughout setbacks and few glitches
The Big Picture's the focus, f**kin being hopeless
Or helpless, we not selfish so we wrote this
Give it to ya, make you feel good
Know what I'm talkin about? C'mon
Chorus
[Black Thought]
Yo from the parquet floors to the fifty foot ceiling
I pull the heavy black curtain back, now revealing
The sun beneath the velvet, and like it was mine
No one elses, embracing the beams yo, I felt it
And stood there, feeling it, getting charged
Turn me loose upon the streets, a young poet at large
Out in the world, up against tremendous odds
Some'll let it break em and throw in they cards
But my squad remain focus when we goin for ours
And we don't, do it for chains or do it for cars
And we don't, do it for lames or do it for broads
And we don't, do it for fame, we do it because
It's for the young black gifted mind
Living the story of the most twisted kind
Turbulent times swirled around they dome like a turban
It gets disturbing, feelin alone in the urban
But maintain ya grip for just a little bit
I'd tell you it's all good but that's bullsh*t
Let's just try to feel good, yeah...know what I'm talkin bout
[Amel Larrieux]
A spirit knows we're meant to blow
A ? rose by the seat of your soul
You past it all and seeds your soul
Are destined to grow even after you go
Chorus 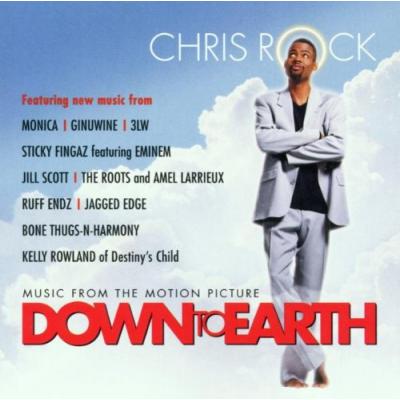