What to Do with Michael lyrics - Candy Butchers

Candy Butchers   "Did You Hear About The Morgans?" soundtrack

What to Do with Michael Song Lyrics

They met in Paris in ‘94
Or was it ‘95?
She was there studying abroad he was on tour
Playing in another dive
They partied hard and they parted ways
A little north of the Seine
He dreamed about her in so many ways
She dreamed about him in French
Well she knows what to do with Michael
She knows how to make him feel
That he's the one, he's his Mother's son
Not like anyone, he just needs time to heal
They met in New York a few months later
He was still living alone
Hugging the bar and masturbating
Never answered his phone
Their first date was a movie together
Outside at Bryant Park
Well, The Spirit Of St. Louis just went on forever
So they drank wine until they saw stars
(chorus)
They finally hooked up for the first time
The night before the 4th of July
He felt so awkward saying goodbye
To the girl who just changed his life
Now my friend, they are inseparable
She even gets that boy to go to the gym
Now, if you don't think that's love you must be cynical
Or maybe man, you're just dreaming in French, Yeah!

Sheet music
A-Z Lyrics Universe
Popular Did You Hear About The Morgans? Songs 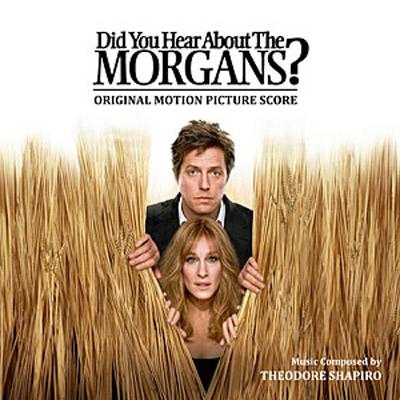 Rollin' and Tumblin True Love Ways Dance Tonight Why Don't You Love Me I've Got You Memorized Between the Devil and the Deep Blue Sea Saturday Night New York Is Where I Live MORE ›
New soundtracks
Spirited Roald Dahl's Matilda The Musical I Wanna Dance With Somebody Shazam! Fury of the Gods Puss in Boots: The Last Wish Guardians of the Galaxy Vol. 3 Avatar: The Way of Water Zootopia Plus Scrooge: A Christmas Carol Glass Onion: A Knives Out Mystery Bones and All The Guardians of the Galaxy Holiday Special Wendell & Wild Weird: The Al Yankovic Story School for Good and Evil Spider-Man: Across the Spider-Verse Amsterdam MORE ›