A Message For Your Mind lyrics - Rappin' 4-Tay

A Message For Your Mind Song Lyrics

Ain't nobody gettin no younger man we're just gettin older and
We need to get bolder than bold as we've ever been
Our reference as Africans where our folks sittin
they cryin out laughin
The game is all you know so you in it to win it right?
Trippin a gang o' bullets decided to find a fight
Life is scattered in directions brotherly connections
Misguided youth driftin in the wrong direction
I hope for the best and say a prayer and keep steppin
Too many kids they own an automatic weapon
A lot of them wanna go home instead of hangin out
It's kinda hard when you're parents' straight smoked out
For you fisters, stay prepared for the up and coming
Get all you can while you can and result to something
You be surprised with this talent that we hold
But we forget and go sick outta control
A lotta homies to die, they left a true lesson
Or fill your soul that I love, this another blessing
You want funk, it used to be bing-bing
To the dome, but nah now it's really on
Go out back, what? To just to be reputable?
Hope you don't lose your life, fools are goin federal
I'm goin forward, showin em up like a pimp
And gettin the truck, you can sell each other profit
Don't let police try to grab you by your shirt collar
You witta black man, who understands black power
Pipin hot, are you the bad brother?
I love to roll rhymes, see my homeboys stickin together
Stay focused cos there's too many blind
Blind to the purpose of life and that's a message for your mind
Chorus:
Tried the dope about a thousand times
So here's a message for your mind
*Repeat x 4*
I once knew a man who couldn't read
He said "It ain't no thang cause
I graduated twice with the game I possess"
Bullet-proof vest to the chest
But when his kids needed help to prepare for a test
It was stress cos Pops ain't acheiving in academics
It's true indeed, his problem is an epidemic
Who wanna work five long hard days through it?
And get tax, I guess somebody gotta do it
So take coke, rock it up brick-solid
Ain't nobody thinkin about a checks up ??? wallet
Kids are growin up with the train of thought
The motion the parents talk, the trip on the *?dopest bar?*
Now look at the man you f**k, he was as black as you
Sweated ya money, it wasn't funny so you did what'cha had to do
How many brothers will be taken out by another brother?
Give a talk show a whole lot to talk about
It's me and my microphone, it's you and your 9
And that's fine, well here's a message for your mind
Chorus
The next verse is out for the chicks
Ho's are to be chosen, nightclub or taking flicks?
The homey might be roughy with a tandy-out Mercedes
Called a girl a 'female dog', well she's a lady
Run into the wrong one, a strong one, a smart man coast her
She pushed you to the left and turned her off when you approached her
You tripped and dissed her, you bashed the sister
And even when you drove off, you couldn't resist her
Solution:Better go, homey, leave her P
Cos you know like I know there's plenty fish in the sea
There's more women in this world than men, for fact, I'm right
Just because she's superfine that doesn't mean that's your type
Briefcase, white shirt, tie and a sportscoat
A hella gold, ???, servin ya friend's dough
Friends are friends then or friends come good friends
A helpin hand in understandin, wants to invite you in
Man's your best friend, boyfriend and girlfriend
It's like a soap opera in this world that we're living in
Misconception from a blink or a wink
He want to get married and all she want is a drink
But it really don't help when you supposed to be faithful
He bought you a boat load and paid for ya cases
Kept it comin, the brother went wrong for expecting some
Got knocked out by ya spouse, now ya started some
It seems strange but these fools are taking people out
For the woman that they love and truly care about
It's understandable, but will hurts when she's givin in
Now was it reaaly worth a life sentence in the pen?
No get-back, nothin but a jail song
A homey told ya that you're woman had it goin on
Now ya stuck and she's on the prowl gettin wined and dined
Damn, now that's a message for your mind
Chorus
Outro
His pocket's fat and his dove is too. He huh 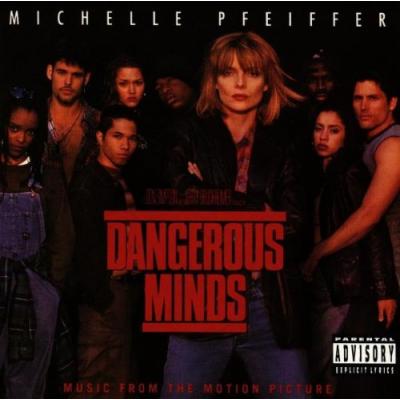