[50]
Yeah.. Ja, you ready? Drop that
Ferrari F 50 style baby (yeah, yeah)
I'ma show 'em how I do it (yeah, yeah)
G-g-g-g-g G-UNIT!
I keep hearin' niggas is happy, the D's come, niggas wit guns
When I'm out on bail, ridin' wit' some new ones
Big got hit in that passenger seat
Pac got hit in that passenger seat
Now I'm ridin' 'round in that passenger seat
Come near the whip, I'm blastin' my heat
It don't take long, for my juvenile delinquent thinkin' to sink in
The consequences mean nothin', those semi auto's is bustin'
Crack sellin', predicate villain, spit big words but I can't spell 'em
Put a shot to your melon, that'll keep you're punk ass from chillin'
Then I got that nine and a fo'-fo', that H2 is never full
Bullet proof windows and doors, gangsta how 'bout yours
Southside tatted on my back
My last gun shipment got the whole hood strapped
Now all I got is two 380's and a nine
Nigga you can knock and tell the cops but you're dyin'
[Chorus - repeat 2X]
You're thicker than water
Ouch! twizzy wizzy wa
You're thicker than water
Ouch! twizzy wizzy wa
You're thicker than water
Ouch! twizzy wizzy wa
You can be a Blood or a Crip
Nigga, you b**ch
Follow Me
[Tony Yayo]
I used to chill in the hood, to support the fiends
But now I'm eatin' caviar instead of pork and beans
I'm in the money green 7-45, with 7 shots in the fo' five
Y'all niggas wanna die?
I got a love affair, wit' violence and guns
So this is for them gangstas, rep' where you from
When I got O'd up, my heart turned colder
That's why the mac react like a king cobra
Now I'm jumpin' out of Rovers, in Gucci loafers
Y'all niggas wanna stun? I'll bury you cockroaches
Gimme one year, in this industry
I'll buy enough guns to declare war on a small country
[Chorus]
[Lloyd Banks]
Still walk around wit' the hammer boss
Rope and a cross
Hard times'll make a lil' nigga hate Santa Claus
Your mountains is high, holdin' in Diana Ross
I'm like a 2003 banana Porsche
I don't gotta hide sl*ts, to get your ties cut
They on my di*k, 'cause I make groupies set off a fire truck
My team in the cutt, packin' middle things
I got more foreign shooters than the Sacramento Kings
It's 8 class karats in the border
I poke holes in plastic, to avoid a vaginal disorder
I'm a savage on your daughter
She ain't in the college dorm
Then I guess I'm squirtin' on the cabin that you bought her
I'm a heavy weed smoker, so the average is a quarter
Brown colored from sh*t, he established in the water
You got Banks on your jersey, you part of my fan base
Just 'cause you pour syrup on sh*t, don't make it pancakes
[Chorus] 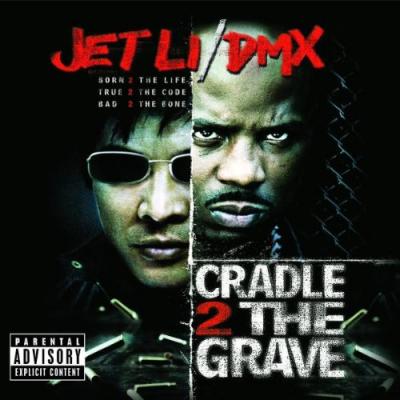