[Yukmouth]
Welcome
Little boys and girls, listen
A man can get caught up in things (Right)
It's like a gridlock (Right)
He gots ta have it (ugh ugh), his girl got his mind (ugh ugh)
Took over his whole body, he needs her (Speak on it)
He can't live without her (Ugh!), dig this
Her name was Lady Heroin, I think he met her at a Chevron
Late night stressin he caught his wife sexin with his cousin Stefan
He told his wife to get to step on
before I start lettin loose on your skanless ass with the weap-on
Then since he's learnt, involved in a three year marriage
Arguin, fightin with his wife at night, arrested by sheriff
Embarrassed, handcuffed, go to jail in your drawers
and all of this because his wife tried to put the knife to his balls
And oh naw, cock the seat uhh,
she tried to straight Lorraine Lee Bobbit me
I woke up out of a dream, she was on top of me
Screamin that's how it gotta be, holdin a dagger
I grabbed my gat, point it at her, she dropped the dagger, I slapped her
Months after he got out of jail, seriously hooked on girl
Lips chapped, face pale, body skinny and frail
Tales of a married man whose life was stressed too much
Had to resort to snortin drugs and such just to keep in touch
with himself, his wife suin for half of the wealth (uhh)
And all that shootin in his veins was gettin bad for his health
His cards was dealt, methamphetamines on the shelf
Smokin the creamery, the greatest thing the man ever felt
Now he's high, pull over on the bridge ??
Ready to die, he took his last swig of Reynell
A livin hell, he climbed on the rail then he yelled
"God all my life I failed" as he slipped and fell, oh girl
[Chorus]
Why'd you have to do me that way?
I love you til this day
Even stinks to think you're the one we used to stay
Girl, why'd you have to leave for so long?
I'll never give you up
Never seemed to act touchable, that was the start
[Crooked I]
She was a gangsta ass b**ch, the greatest of all time
She took my heart and my mind, turned me to a life of crime
Now I'm, under pressure to impress her
I wake up, put on my bullet proof vestin
grab my Smith & Wessin off the dresser
then I, hop up in a chopped up rag Tre
When I, cross your path you're havin a bad day
Cos I, make the automatic mag spray
Gimme the cash, she taught me to get mine the fast way
I creep on ballers while they blaze joints
I'm snatchin caine boulders and jackin Range Rovers at gauge point
Under hypnosis, robbin the closest nigga
The diagnosis - psychosis, the cirrhosis is from doses of liquor
that I'm sippin by the picture, tryin to ditch ya
but when ever she get dug, the b**ch'll be witcha for richer
or poorer, through sickness and health
Eyewitness, if I shake this mistress I can handle business myself
But I love her so much I'm stuck in her clutches
I talk about her, can't walk without her, she's my crutches
She showed a young nigga how to check grip
Connectin me with the correct licks to collect chips
And if I leave her, no question I'm destined to hurt
And she's the reason half of the homies are restin in dirt
It's Crooked I next, I'll probably get dropped by some metal (some metal)
Just for comin around my girl (who?), the ghetto (my girl)
[Chorus]
[Knumskull]
I'm curbside, and my girl sellin graciously
Never no worries, and if Task kick, we skeet and scurry
I'm posted up makin my squillion
My mind set - I don't stop til I get a million
But I'm seein baby momma's and grandpas gettin double
Legit, that ain't my problem cos I bubble
I always wonder why friends came back for mo' and mo'
The high was fantastic, smelt like plastic but it's dope
Scope the area before I made moves, losin gains
was the up-and-downs in this so-called game but hey
Take the punches and blows, put aside, the crack babies
Dope fiend mommas and nasty hoes, peep
I'm walkin around the spot with a bundle in my mouth
Yay leakin through the plastic in drastic amounts
I'm feelin wide eyed, probably lookin like a tweaker
Spit the bundle in my palm, and tried to keep calm
My dove shrunk down, to tens, I'm high off crack
and damn, it didn't really feel bad
Started thinkin, this use to be a rich man high
I gotta high drug tolerance so I'll give it a try
Went home and did my thang, snatched a two hundred bundle for keeps
The sh*t was so good I was Pookie for two weeks
Luckily, I bounced back, but I stopped sellin cream
Now this is like one big dream, oh girl
[Chorus to fade] 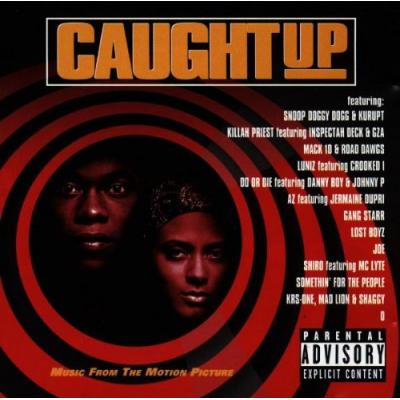