I Want to Be Free lyrics - Ohio Players

I Want to Be Free Song Lyrics

You think Oakland California is a city of punks
It only takes a second, to pop the trunk
And just like that you know it's real
You're in the right damn town to get killed
It's all about the game, and nothin else
You come out here, you better watch yourself
Cause you can wear what you want, even blue or red
But cross the wrong brothers, and end up dead
You catch a body full of bullets, and get blasted
Tryin to be a gangsta but you just ain't lastin
This little town is gettin wild as hell
Check the penetentiaries and all the jails
If they could lock us all up that would be just fine
Got my partners from Oakland doin serious time
You can't argue with the truth it's hard to be black
But it's a mindgame, and you gotta deal with that
I wake up everyday and I just can't wait
To make mo money, cause back in the days
when I rapped, I did the same damn thing I do now
Grab the microphone, and show you how
But I was broke, the only thing I had was game
I started makin money and knew things would change
Bought a Benz, thought it might earn respect
But the OPD, found it hard to accept
I got jacked by the Task and jacked by the Vice
Face down on the ground keep my hands in sight
Put the handcuffs on backseat I'm in it
Illegal search for about thirty minutes
Askin me, where's the dope
Where's my gun, but I don't know
I said I'm rappin, they laugh like I told a joke
And to this day they think I'm sellin coke
I want to be free! (and that's the truth) Ohhh yeahhh
I want to be free! Ohhh yeahhh
I be in Oakland California every day of my life
bass so hard you think I'm smokin a pipe
And if I don't smoke it, I gots to grind
Searched all my stuff, and all you find
is a pocket full of money count seven G's
Now you wanna think I'm sellin keys
Cause I'm a black man, but I run my own business
So why the police wanna send me to prison
They see a brother makin major cash
They knock a patch out his black ass
And that's the truth, you can't argue you at all
Tryin to give you ten years for a phone call
Ain't even trippin on the dank smoke
Cause all they wanna find, is guns and coke
In court all the time tryin to fight it
We get rich, we get indeibted
So what's the problem Officer this time?
Is havin big money bein black a crime?
Or did you take me to jail, to teach me a lesson
Charge me with somethin, or just ask questions
About the brothers I hang around
What's really goin on in the Oakland town
Tell me who went broke, and who got rich
But Too $hort baby just ain't no snitch
You say you're just doin your job
But you're gettin on my nerves, just like Bob
Everytime I hit a corner, I see you
Always tellin brothers what to do
You lock me up cause I don't know how to act
But I'm down for mine so I be talkin back
And when I do, you treat me bad as hell
I'm sick of spendin nights in jail
I want to be free! (and that's the truth) Ohhh yeahhh
I want to be free! Ohhh yeahhh
Got out of jail about fo'-fifteen
Walkin down the street like a broke dopefiend
Had a pocket full of money tryin to play the role
Benz got towed and I was hella cold
But I ain't trippin, I'm gettin used to it now
Handcuffed your boy took me straight downtown
for three warrants, had to catch me sooner or later
Cause the five-oh's always tryin to jack a playa
for no reason, wasn't doin nothin wrong
You think I'm lyin, singin that same ol song
Well I'm a black man, ridin in a Benz
How in the hell did I make these ends? Here we go
I pull over to the right
Stop the engine keep my hands in sight
I start cursin, cause it don't make sense
Why would I run and try to jump a fence
If I was plannin, a smooth getaway
I never woulda stopped in the first place
You'd be high speed chasin me but this time you ain't
Cause all I got on me is a big fat bank
And I hope I don't get robbed by you know who
Make me donate some G's to the boys in blue
And if I sue, I won't get nothin back
But I ain't mad... I'm just black...
I want to be free! Ohhh yeahhh
I want to be free! Ohhh yeahhh
I want to be free! Ohhh yeahhh
I want to be free! Ohhh yeahhh 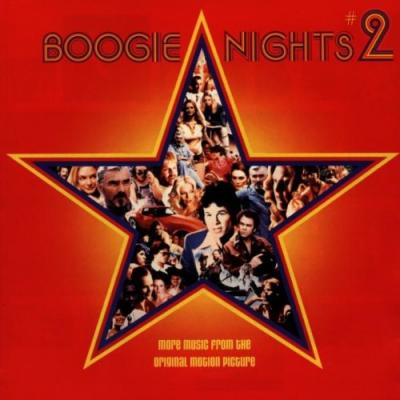