Role Of A Lifetime lyrics

Role Of A Lifetime Song Lyrics

Everything's an act,
When you're pleasing everyone.
And he assumes that role
To such renown.
He plays a perfect part,
Straight from his heart
Knowing the risk he takes
And hoping that the house
Is not brought down.
The role of a lifetime, it's living a fantasy.
A drama that you struggle to erase.
Thoughts battle words over deeds
A war with such casualties.
All played out behind a smiling face.
God I need your guidance
Tell me what it means
To live a life where nothings as it seems.
Spending days in silent fear,
And spending nights in lonely prayer.
Hoping that one day when you wake,
Those feelings won't be there.
So confused because I feel complete with him.
When we're alone it all somehow makes sense
Look into his eyes for some compromise
Remember the word, forget
And try to bury something so intense.
You learn to play the straight man,
Your lines become routine.
Never really saying what you mean.
But I know the scene will change,
White picket fences, and a dog,
A trophy bride, and children.
God I know that's what he wants
But Jason what role do I play,
Am I a savior or a phase?
Am I here to damn you?
Or to help you navigate this maze.
Where confusion is a crime,
So you fill your life with sound,
And if you dance like hell,
You hope you'll never touch the ground.
What happens when the music stops?
In the silence will he stay?
One day he'll realize that these feelings
aren't going away,
So we drive ourselves insane,
Spinning circles in our souls,
As we dance around and play pretend.
And once again,
Reprise our roles.
[Thanks to MRH62188 for lyrics]
[Thanks to Sam Donovan, Jill for corrections] 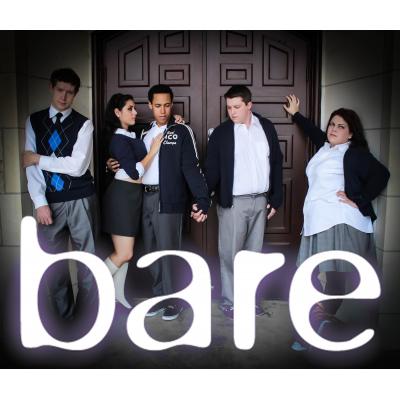 All Grown Up A Quiet Night at Home Bare Portrait of a Girl God Don't Make No Trash Wonderland Rolling A Glooming Peace Auditions In the Hallway MORE ›
New soundtracks
In The Heights (movie) Army of the Dead Cruella The Mitchells vs. The Machine Thunder Force SpongeBob Movie: Sponge on the Run Dutch Raya and the Last Dragon Yes Day Coming 2 America Billie Eilish: The World's A Little Blurry Walker Stage Mother Boogie WandaVision To All the Boys: Always and Forever, Lara Jean Cherry MORE ›