[Juvenile]
I'ma keep it on my mind
Stay slangin' iron
Playin', ya die
K's whippin' out
Prey every time
I'm straight off the porch - I live down the court
Lookin' for that dope
Kickin' in your door
Tyin' up your hoe
And break the b**ches up - run 'em in the cut
I don't give a f**k - if them people rush, they ain't catchin' us
I gotta make the green
Smokin' nicotine
Know a nigga's scheme
Run em' with the beam
Runnin' with my team
And get it how I live
Keep it how it is
Make a nigga cents
Take a nigga b**ch
Hit him with it quick
If it mean bustin' a head, I'm gon' do it
Whatever it takes to get the bread, I'm goin' through it
Tryin' to get my pockets swole up
Juvenile is 'bout to blow up
That third-ward sign I'ma throw up when I take it off of your shoulder
They come with they mask on
They be a clique, but I get 'em gone
Hit niggas in the chest when I'm slangin' chrome
Tryin' to kill me a nigga when the beef is on
[Hook 2x (Juvenile)]
Baby, let me get the keys to that Rover Truck
Man, let me get this beef sh*t over, bruh
Ain't no b**ches here up in Magnolia, bruh
Bust your big head is what was told to us
[Juvenile]
Nigga, I'm straight from out the P.J., they murder easy
Well, if you're spankin' out for three days, believe what we say
Niggas be shootin' that sh*t in they van, some of 'em sellin' it
The rest of 'em sniff the cocaine, high off that yellow sh*t
Young niggas already got they mind made up
Nigga f**k with one of they boys, they get sprayed up
A lot of these children don't have A/C in they house
Cockroaches crawlin' all over the wall and they couch
Little mites runnin' through the kitchen lookin' for crums
While they mom hittin' they (?) in the bathroom
Everyday you see a fight or shootout for a minute
It ain't the projects, it's the niggas that's up in it
Man, half of these motherf**kers ain't even from 'round here
If they didn't have that work, they would never come 'round here
And when they come they draw all the heat with 'em
Lookin' for some niggas to get in the beef with 'em
[Hook 2x (Juvenile)]
[Juvenile]
You better know that me and Wayne want the cash, or we bustin' ass
¡­soon as I get out of my Jag with a gun a mask
Now play it how you say it - I bet ya won't, b**ch
I'll have you leakin' from your head when I take (?)
What you want, huh? Boy, that weed or that coke?
I don't know what the f**k you on, but you about to get smoked
I'll bring it to your front door right up on your porch
Until your b**ches tell me, "Juvie, we ain't beefin' no more."
Now, where the dope at? Paraphernalia?
Give me twenty ki's before I kill ya
Don't be makin' noise, nigga - shut the f**k up
You know where the dope at - now shut the f**k up
Bring me straight to it - don't be tryin' to act crazy
I want her - I need her, ya know - that's my old lady
I'm doin' bad, and my nerves bad with it
I'm lookin' at your melon right now, and I wanna split it
[Hook 2x (Juvenile)] 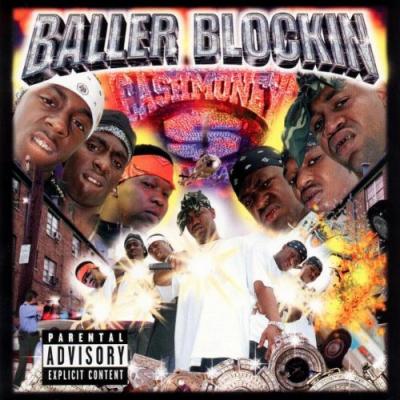