[Chorus: Tray Deee]
I'm tired of that punk sh*t
Where niggaz claim to done, where they from and who run sh*t
I bang it to the tip-top
Can't stop, won't stop, droppin gangbang hit rocks
To the last drip-drop
To the, tick tock to the blocks niggaz rip glocks
I'm knowin that this sh*t hot
This your first introduction to this motherf**kin crip hop
[Tray Deee]
It's time to research the documents and pull some files
and put it down with this gangsta style
Cause I be seein niggaz bein more aggressive now
after peace treaty meetings and the weapons down
Sport Chucks 'member once it was Nikes and sandals
To me it's unlikely that you're sheisty and skanless
To manage this dramaticness I call my rep
Every step stay on deck keepin bustaz in check
Certified murder guide through the streets of death
Where the sleep ya slip soon as ya weakness met
From that real killer deal get ya steal and mash
Niggaz have done did when the steel'll blast
Pockets filled with cash, f**k a Benz or Jag
Lookin rough in a bucket, tuckin tens and Macs
Dip roam, chip phones, flip (?) and clock
Lick shots and the cops and control your block
Keep it true with the crew from the old to new
Ride providin 'em with guidance like your 'sposed to do
Notice who, participatin all the activity
That's how we livin G, strictly killer tendencies
So death to all my enemies
And to the homies who rest in peace, a dub bag and Hennessy
These weak niggaz killin me
with their proclivity to even proclimate that they as real as me
[Chorus]
[Snoop Dogg]
Yeah nigga this crip, crip, crip
Talk sh*t and I'ma bust yo' lip
I'm gettin chips in the summer in a nine-six Hummer
in D.C., f**kin with a breezy, easy
See we see all we can see
G.R. we can G, the Eastside family
Coherent, cohesive, the co-pilot
On this Eastside sh*t cuz, I'm co-signin
On the East f**k peace we ridin violent
f**k where you been it's all about where I been
Sirens, gunshots, flood glocks get popped
when they all try to knock knock knock
Who is it - visit the papers, the streets and the labels
We got the hottest sh*t burnin on the turntables
I won't deny ya, I'm a straight rider
and you don't wanna f**k with me (yeh yeh)
[Chorus]
[Goldie Loc]
C.. R.. I.. P.. cause that's all we G
I'm from Rollin', 20, Gangsta Crip
and I'ma tell you how the sh*t gon' C (gon' C)
Now if I wasn't rappin motherf**ker y'all be starvin
on my nuts without bucks like Marvin
You can't sleep, you can't eat, look who starvin
Written bill paid but still gotta be a slave
Flip your own money, make your own proper
Get yo' own heat, in case some niggaz try to stop ya
Be a boss hog about your money, float loc
And trust no one, anybody can get smoke smoked
like a fat-ass blunt, of that bomb sh*t
Have a babysitter set that ass up for chip Chips Ahoy!
Niggaz ran in with toys
If you didn't see 'em it's the Eastside boys
We be mobbin, like a motherf**kin cut
Dirty dealt, lil' sag, lil' jay, lil' Chuck
Two times, trey times on yo' motherf**kin ass
Keep it O.G. nigga, rewind and pass
It's just another day and forty dozen, niggaz strugglin
Is you hustlin, do you relate to drug smugglin?
If so, grab a nine and start to trip
But remember, don't let nobody punk you out yo' grip nigga
[LaToiya Williams]
Dogg Pound groovin, Eastside is the greatest
and other guys can't fade us
cause we're the hardest in the town
(?) and duces, never could be faded
And all you suckers hate it
Ohh crip is goin down
And baby have no doubt, we gonna turn it out
And that's on Eastside L.B.C.
And we're the best, we rockin coast to coast
and we be blowin dope, and baby that's the sh*t
I'm talkin real sh*t to ya baby (that real crip sh*t)
Duces 'n trayz bangin (that real crip sh*t)
I'm talkin real sh*t to ya baby (that real crip sh*t)
Duces 'n trayz, bangin bangin bangin bangin (THAT CRIP!)
[Snoop Dogg]
Oooh! Yeah, that Eastsider sh*t (Eastside Eastside)
What y'all know about this here (what what wha-wha-what?)
I'm (I'm) tal..king.. crip sh*t (talk to me, talk to me)
I'm.. tal..king.. crip sh*t
I'm talking crip sh*t to you baby
Eastside.. ahh! Eastside, Eastside
Ahh.. Eastside, Eastside!
Uhh, ahh.. Eastside, Eastside 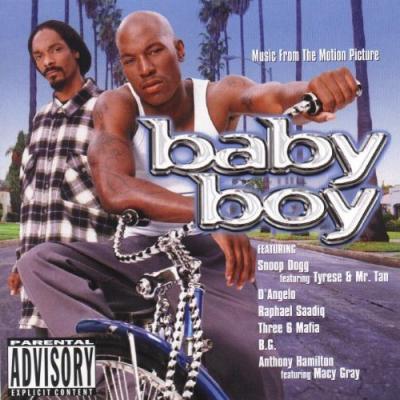 Just To Keep You Satisfied You Just A Baby Boy I'd Rather Be With You Eat Sleep Think Love & War Baby Mama MORE ›
New soundtracks
Space Jam: A New Legacy In The Heights (movie) Army of the Dead Cruella The Mitchells vs. The Machine Thunder Force SpongeBob Movie: Sponge on the Run Dutch Raya and the Last Dragon Yes Day Coming 2 America Billie Eilish: The World's A Little Blurry Walker Stage Mother Boogie WandaVision To All the Boys: Always and Forever, Lara Jean MORE ›