Die for the cause (*whispering*)
b**ch! b**ch! b**ch!
Yeaaaah.. motherfuuuucker!
[ Lil' Fame ]
Feel the First Family energy, alright
Remember me? Lil' Fame raps niggas to tunes of Kenny G
I compose the rugged, I woulda written yo' sh*t too
But you ain't got enough money in your budget, dude f**k it
Step up and get your whole band slaughtered
You ain't got the raw plus you twenty gram shorter
M.O.P. ban orders, I show you niggaz Faces Of Death
manslaughter, liver than camcorder
My salutants polluting this, quick to shoot a b**ch
I'm bugged like the Y2K computer glitch
I bring the hardcore for soldiers that got war
And the thugs in the crowd screaming 'YEAH WE LIKE IT RAW'
All wacks'll get the best of it (right), give 'em the rest of it
Saluting on tour, autographing b**ches' breasteses
It's the legendary M.O.P., we put it down everywhere we go
But you don't hear me though!
[ Chorus ]
Stand clear.. notice ain't nothing but soldiers up in here
Rhyme for the cause.. heavy metal sh*t, quick, grip settle it
b**ch! Die for the cause..
[ Billy Danze ]
It's elementary, for a quarter of a century
In and outta penitentiaries
I survive, I am a survivor G
Got more slick sh*t with me than MacGyver see
I'm your rivalry, cousin ride with me
I'm the international cat that you tryna be
I am (REAL) {REAL} (REAL) {REAL} (REAL), yes awh
When I'm in the G-men stanze, it's impossible to touch Danze
I got a deranged temper, with a short fuse
I don't know what you thought, but you gon' lose
I'm bad news.. saying turn me loose
Since Tupac got popped, who the f**k you think got the Juice?
Bill Danze, [DO IT FOR YOUR PEOPLE]
I got automatics [RACK] will f**k up your ego, in fact
Claim turf, whenever the lama's quat
We hold down Brownsville like the motherf**king Tomahawks
[ Chorus ]
[ Lil' Fame ]
Smack a moose upside ya head, like Kobe when he mack in his broads
[IT'S] your maveranage
Watch who you approach nigga, 'fore you get smoked nigga
I'm O.G. in this game, coach nigga
Straight loc' nigga, what the f**k you thought?
You get caught in the middle, tryna dribble on my court
When niggas [ACT SWEET] this nigga [CLAP HEAT]
Jack you when you wouldn't put your brains in the backseat
[ Billy Danze ]
I'ma give you twenty-two seconds to explain to me
Why the f**k you playing games with me
Make a nigga dust off his automatic and bang what you thought kids
[ IS IT REALLY BILLY DANZE? ] Who the f**k you think it is?
By the law of the street, the best way to track his ass
Is to catch his ass [ ??? his ass ] and to jack his ass
You ain't untouchable nigga for what it's worth
I'm the greatest, grimiest, slimiest nigga on earth
[ Chorus ] 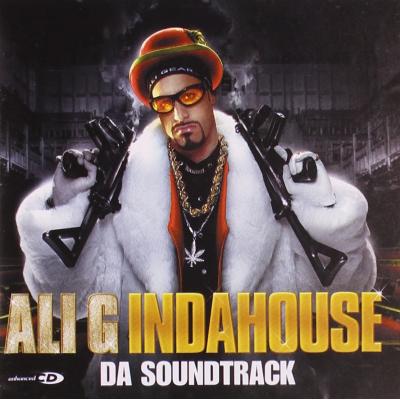