Zoser:
Don't come on so cocksure boy, you can't escape your genes
No point in feeling pure boy, your background intervenes
Listen good and listen straight, you're not the master of your fate
To this you must be reconciled, you'll always be your father's child
At times acclaimed, at times reviled
You'll wind up doing just what I've done
Like father, like son
Radames:
Don't assume your vices get handed down the line
That a parent's blood suffices to condemn the child's design
I've done wrong, I can't deny, but at least I know that I
Shouldn't blame that on my stock, this may come as quite a shock
I'm no chip off any block, I wouldn't wish those words on anyone
Like father, like son
Zoser:
Son you're nervous, take my hand
All is settled,all is planned
You've got the world at your command
I don't think you understand
Radames:
I appreciate too well
The squalor at which you excel
it isn't very hard to tell
Evil's a distinctive smell
Zoser:
He's lost all sense of reason, and why?
Some foreign sl*t
That is the road called treason,
Some doors are slamming shut
Just like me he's found that flesh can excite but will enmesh
Once we rid him of this blight.
Once this harlot's out of sight.
Then I think he'll see the light.
He won't walk back to daddy he will run.
Like father, like son... 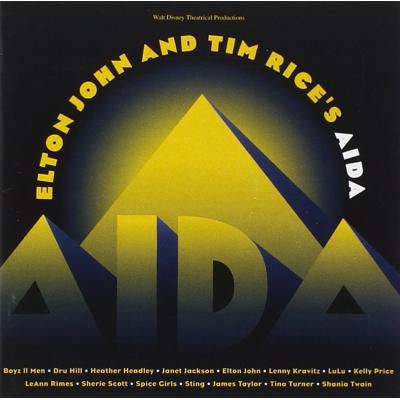 Every Story Is A Love Story I Know The Truth Easy As Life The Gods Love Nubia My Strongest Suit Not Me The Past Is Another Land A Step Too Far Another Pyramid Written In The Stars How I Know You MORE ›
New soundtracks
Suicide Squad 2 Free Guy Vivo Respect Hotel Transylvania: Transformania Space Jam: A New Legacy In The Heights (movie) Army of the Dead Cruella The Mitchells vs. The Machine Thunder Force SpongeBob Movie: Sponge on the Run Dutch Raya and the Last Dragon Yes Day Coming 2 America Billie Eilish: The World's A Little Blurry MORE ›