Jus So Ya No lyrics - CPO-Boss Hog

CPO-Boss Hog   "Above the Rim" soundtrack

Jus So Ya No Song Lyrics

Oahoahohhh.. talk to them CPO..
[Verse One]
Permit me to kick some licks, a bodacious flow
Occupation - looney motherf**ker; set I claim - the Row
So the first motherf**ker that's caught up in the twist
will be found - in the depths of the Westbound
Take your place while we here to lay raws
Drizzaws, full of caper for some paper to fold
Sort of a jack episode if you will
I was a do-low nigga from birth, and I'm that do-low nigga still
See that, be what, the f**k a nigga mean
when I say - you can't envision me, cause I can't be seen
like Casper the Ghost I creeps the most
cause I'm just so motherf**kin sly, invisible through the eye
So motherf**kers can duck and dodge and slide
but there's, really no escape from the nigga from this side
Which side? Westside, layin in the cut to gank your load
when we's in "don't give a f**k" mode
See if it's grip we want, it's grip we get
So run motherf**kers 'fore youse caught up in the sunsets
b**ch-made niggaz best to keep that ass at home
cause that Boss Hog nigga's on the late night roam
[Chorus: CPO-Boss Hog (repeat 2X)]
This is just so ya know - (??) niggaz to hoes
If an ass gets gone - well it's good as on (it's on)
If you're trickin off your luck - you're dead as a duck
and til the day we gives a f**k, cuz, you're wrong
[Verse Two]
The late night, creeper nigga gets his stroll
for seekin out that b**ch, to open the guts and bust on my nuts
Off to the spizznot - with chronic and fat knots
and them murderizin hoes droppin drawers to expose cock
Now I'm (?) - emotions of a G
Girl you know this Death Row, so you can not see a nigga
that's fin' to get paid on they block - think I ain't?
Cause I've been known to bank and serve up glock fool
Now on the move, to much higher and bigger thangs
Must be in it to win it, cause I does them nigga thangs
My nuts is where they wanna swang, and dangle off and on they roam
And no romance between us so gets the f**k on
b**ch-made, nut and break his nose, and meaner for tricks
I gots love for nothin but my niggaz and grip
So now you know.. and I be's off into the moonlight
puffin the I-N-do
[Chorus 1/2]
[Verse Three]
(??) we, get into the grillin of a, fool
Ain't no nigga breathin can f**k up my rule
I'm that same nigga police done sought
but no a nigga never ever been caught, cause I'm just sneaky doe
I'm (??) and stinky, for those who see me
I rolls discretely, does my lows discretely
Completely, a true blue G to my name
CPO the sh*t, and Death Row's to blame
So if a nigga wanna breathe in long
then the nigga best to eat his own
That's how me and nina does, we gives a f**k who nigga what
If he's steppin to me wrong, nigga gone
b**ch so late (??) it ain't sh*t
Kinda like that 'llac bendin corners, I ain't easy to hit
The hoe as in G'dee don't wanna see, right
Peeps through the sight, them freaks as they peeps the late night
Freeze up, raise up, cause Jack it's on for your (??)
If you're (??) motherf**ker break yo' self
cause yo' fo' is kinda sweet
I think I'ma have transfer them Dana's to my Grand Cherokee
Be slippin niggaz up out of they sh*t like surgery
cause a motherf**ker gots to get stacked on track with urgency
Ya know, so next time slang motherf**kin thangs
Your sh*t'll be gone - f**k if you see me if I see you it's on
[Chorus 1/2] 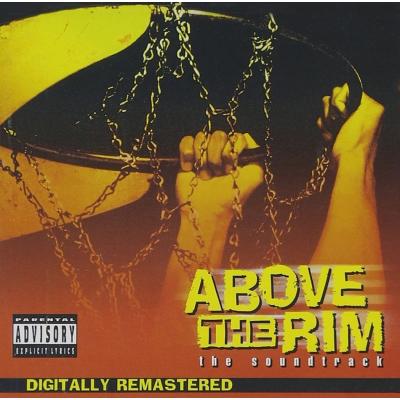