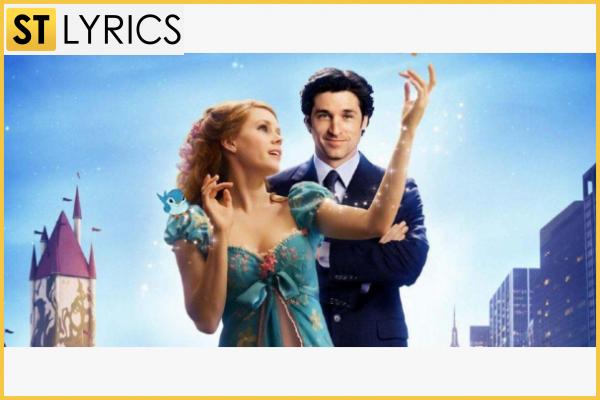 Well, instead of preludes we'll say at once: the second part of the movie “Enchanted” is finally going to come out in theaters! And we’ve decided to recall what attracted us in the first part of this motion picture.

Giselle is almost-princess, who suddenly changed her carefree, distilled reality on the harsh world and she is not the first variant of the “Cinderella in reverse.” But if Princess Anne – the stellar role of Audrey Hepburn (“Roman Holiday”) – did it voluntarily, at least, knew where and who she is, the heroine of Amy Adams stripped cozy cartoon being tricked, scoring, in addition, in unknown to her world of people on the roadway in the middle of Manhattan, where, it appears, is a high risk of becoming a victim of an accident, and for the first time to hear the monstrous “Are you crazy?!,” to get under the merciless rain and, closer to the night, to find herself in a desolate, indifferent “stone bag.” The only one good man she met was an old man, a bum – but he instantly dissolves in the wilds of the city contrast, carrying the precious diadem, torn from her charming head, leaving her zonked.

Comparing with the same Cinderella, moreover, everything is not in favor of the poor girl Giselle. And not only is essential transformation – from a fairy princess in a simpleton but for many of the attendant circumstances. The desire of one – to escape from the fumes of cleaning, cooking, the dictates of the evil stepmother to the royal ball – come true, the other dreams – to live happily ever after in a familiar world, connecting to the local prince on a white horse, – destined to fail. One patron Fairy is easily proliferating kind miracles, another builds unimaginable intrigues: bloodthirsty witch Narissa. And the modest outfit of Giselle and her sad eyes, closer to the finale of the film who appeared at the New York costume party, makes no sense to compare with the splendor of the ballroom dresses and shining eyes of Cinderella… This is true. At the same time, it's not! Because of the finale, when we had to open our hearts. And earlier lawyer Robert realized that it was him and his small, adoring daughter, not a cartoonish prince on a white horse who wanted and deserved to live happily ever after with a girl “from the old Disney cartoon,” where she was not going to return. Otherwise, why would she sew luxurious outfits from his banal curtains, to take on the appearance of a conventional ball among the New York girls? Thank God, in the end, it came up to Robert too.