Cause sooner or later
We'll wonder why we gave up
The truth is everyone knows
Almost, almost is never enough
So close to being in love
If I would have known that you wanted me
The way I wanted you
Then maybe we wouldn't be two worlds apart
But right here in each others arms
And we almost, we almost knew what love was
But almost is never enough
If I could change the world overnight
There'd be no such thing as goodbye
You'll be standing right where you were
We'd get the chance we deserve
Try to deny it as much as you want 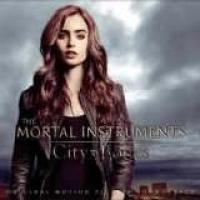 Bear Calling From Above (Edit) 17 Crimes (LA Riots Remix) When the Darkness Comes Strange Days Bring Me Home Magnetic All About Us (feat. Owl City) Heart by Heart Start a Riot MORE ›
New soundtracks
Space Jam: A New Legacy In The Heights (movie) Army of the Dead Cruella The Mitchells vs. The Machine Thunder Force SpongeBob Movie: Sponge on the Run Dutch Raya and the Last Dragon Yes Day Coming 2 America Billie Eilish: The World's A Little Blurry Walker Stage Mother Boogie WandaVision To All the Boys: Always and Forever, Lara Jean MORE ›