"The Hunting of the Snark" soundtrack

(Beaver)
It seems to me,
We have landed in a lonely place
Where the sun won't shine of its own volition,
And this crazy mission
May just be a wild goose chase.
We've sailed for years,
And we find ourselves upon this beach
Searching for some beast from the realms of fiction,
It's a wild addiction for something we'll never reach.
(Bellman + Crew)
Pay no heed to the faint of heart!
Don't let these words of weakness fool you...
Ignore these words of dismay,
Don't let the chance slip away
This is the time to be strong!
The chips are down, the hunt is on!
(Guitar section and Main Theme)
There was one who was famed for the number of things
He forgot when he entered the ship:
His umbrella, his watch, all his jewels and ring,
And the clothes he had bought for the trip.
He had forty-two boxes all carefully packed,
With his name painted clearly on each;
But, since he omitted to mention the fact,
They were all left behind on the beach.
He came as a Baker; but owned, when too late -
And it drove the poor Bellman half mad -
He could only bake Bridecake - for which I may state,
No materials were to be had.
(Baker)
I came as the Baker on this escapade,
I knead the dough, but I can't look after the bread,
The Banker does it instead,
And although I never feel afraid,
Somehow I know
It could be the single worst mistake I've ever made,
To come as the Baker on this escapade.
(Butcher)
I came as the Butcher on this escapade,
Without the heart for moving in for the kill,
It makes me want to be ill,
But my orders have to be obeyed;
Though I take part,
I'm not the one on whom the blame should all be laid,
I'm only the Butcher on this escapade.
He came as a Butcher: but gravely declared,
When the ship had been sailing a week;
He could only kill Beavers. The Bellman looked scared,
And was almost too freightened to speak.
But at length he explained, in a tremulous tone,
There was only one Beaver on board;
And that was a tame one he had of his own,
Whose death would be deeply deplored.
(Beaver)
I came as the Beaver on this escapade,
Though I must say, I'm only here for the fun,
An optimist on the run,
I'm not lost, I've only been mislaid,
I know one day
I'll find the sun, though now I'm walking in the shade,
I'm only the Beaver on this escapade.
(Main Theme)
They roused him with muffins - they roused him with ice -
They roused him with mustard and cress -
They roused him with jam and judicous advice -
They set him conundrums to guess.
When at length he sat up and was able to speak
His sad story he offered to tell;
And the Bellman cried "Silence! Not even a shriek!"
And excitedly tingled his bell.
"I skip forty years," said the Baker, in tears,
"And proceed without further remark
To the day when you took me aboard of your ship
To help you in hunting the Snark.
"A dear uncle of mine (after whom I was named)
Remarked, when I bade him farewell -"
"Ok, skip your dear uncle!" the Bellman exclaimed,
As he angrily tingled his bell.
"He remarked to me then," said that mildest of men,
"If your Snark be a Snark, that is right:
Fetch it home by all means - you may serve it with greens,
And it's handy for striking a light.
"But oh, beamish nephew, beware of the day,
If your Snark be a Boojum! For then
You will softly and suddenly vanish away,
And never be met with again!" 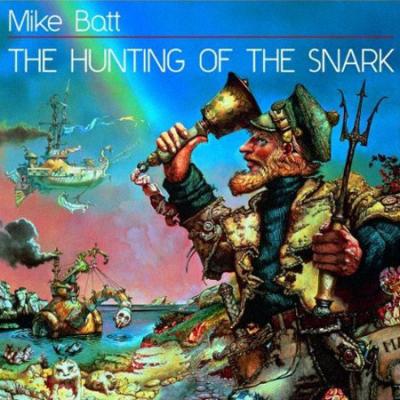