Up In the Garret lyrics

Up In the Garret Song Lyrics

Defarge
Up in the garret we conceal
A man who has done his time.
Seventeen years in the bastille.
But no one can name his crime.
He was a simple country doctor
Called on to aid a girl in need
Beaten and raped
And left to bleed
Nothing the doctor would do could save her life
Nor her young brother who fell defending her
And the two noblemen who had done this crime
Only the doctor could say just who they were.
These two aristocrats had hoped
The doctor could cure their crime
Now with the two young victims dead
They sinned a foul second time
Fearing that he'd reveal their shame
They gauranteed he'd lay no blame!
Seventeen years in a cell without a trial
Seventeen years we have tried to learn their name
I was his servant; a boy of eighteen.
I can remember when he dissappeared
I search in vain for the truth of his fate
He had gone there to do good
Gone to help someone in need
No kindness was ever repaid with so deadly a deed!
He's free now but still in chains
Dr. Manette's lost his mind
He rambles on about
Some paper he must find
Written so long ago
Hidden behind his cell wall
That paper is the proof of things he can't recall
I'll find that note one day the day the bastille falls! 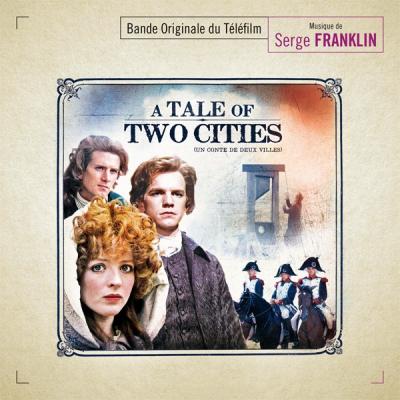 Out of Sight, Out of Mind If Dreams Came True Reflection Finale / I Can't Recall Let Her Be a Child Without a Word The Way It Ought to Be The Promise Never Say Goodbye The Bluff The Trial MORE ›
New soundtracks
Space Jam: A New Legacy In The Heights (movie) Army of the Dead Cruella The Mitchells vs. The Machine Thunder Force SpongeBob Movie: Sponge on the Run Dutch Raya and the Last Dragon Yes Day Coming 2 America Billie Eilish: The World's A Little Blurry Walker Stage Mother Boogie WandaVision To All the Boys: Always and Forever, Lara Jean MORE ›