Reference: Read about this song on Wikipedia

[Intro.]
Damn, has it been that long?
Is that what happens since I been gone, homie?
They go the game all wrong, it's too pretty in here
Let's say we take it back to the trap one time
[Chorus]
I went from rolling with them rocks on the block
To controlling my position at the top of every chart
And I will not stop
We rock and we roll and you stop and we go, we go, we go
Yea you know, yea you know, yea you know, yea you know
Yea you know, yea you know, yea you know, yea you know
We rock and we roll and you stop and we go, we go, we go
Yeah you know
[Verse 1]
In the middle of a fire, I'm so cool
Everybody wonder how I go through
All of this half of which would have broke you
Came out smelling like a rose even more juice
Worldwide, bi-costal, global, nigga's I respect
'Cause they broke po' folks too
'Cause I ain't got a damn minute ain't no 'tude
You know Bankhead ain't in no mood
They never thought we'd go all in
kickin' doors over just to let my dogs in
So many rides never catch a nigga walkin'
In a G-5 tryna put a bunch of broads in
Then we landin' laughin', wit' chicks with fantastic asses
Extravagent habitats, if you never seen tragic happen (Hey)
Make magic happen with cash I'm actually catchin' magic
In the market for lavish mansions 'n' NBA expansions
I was passin' out Phantoms in '04, so no dope ain't sh*t to me
Way past respect you see,
But I neva as big as a nigga felt a beat ya see?
[Chorus]
[Verse 2]
So fly why would I wanna land for
Everything you could ask for and more
Your choice, you could even be a fan or...
Hate to see a nigga get a hundred grand more
Bein' a mother f**kin' man, won't stand for
The rap wars, always goin' back and forth
Livin' in a (?) killing like cancer
For the Range and the Porsche, that's for damn sure
In France, bonjour merci
The same people on tour, on TV
The signed industry shoulda kept your receipt
Get a refund 'cause you sure can't see me
Who keeps CD's on repeat, stuck in MP3's for 3 weeks
At the gates on the day I was released
The only time you will ever see me free
Big money J, much as you can get for it?
Atlantic Records say "Just make another hit for me."
I tell 'em "Cut a hundred million dollar check for me."
Like it or not, don't lose no respect for me
Never mind what I did, 'cause the best commin'
I'm the king in a game like chess to me
So put the cash in the bag, give the rest to me
Attendant puttin' gas in the jet for me
[Chorus]
I got a new swag and it's a new day
Here we go again too, what it do J?
I'll give you a call, I know the way you used to move yay
Now I gotta new Audemar with a blue face
Hoppin up in G-4 jet no suitcase
Whole new wardrobe in a new place
Chain close(?) if a stain on my shoelace
T.I. roll like sushi... touche.
If The King ain't back, who the hell am I?
Bringin' homocide to the gang, no alibi
Can't tell a lie to the judge, I'm guilty
Your Honor do you mind the guy tried to kill me
I could still be, in a trap now
AK 'round, little yay 'round
100k downstairs by the trey pound.
But if (?) who runnin' the A now
[Chorus]
Can we ride can we roll
We don't stop and we go
Yeah you know that we ride
In control we dont stop
We gon' blow where we drop
Let you know we on top
(Yea we ride, yea we roll, yea we style, here we go, here we Go, we go, we go, we go)
[T.I. Outro] 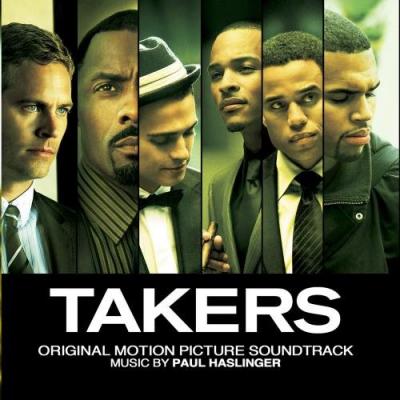