[Intro]
[Busta Rhymes]
Before I
Take another minute just to give everybody a move
We’ve never seen a hitter with another elbow
Let me get up everybody that be moving with conglomerate on your marks, so ya ready? Lets go
WOW! Ok, here we go again you see the way I’m blowin and
I’m like a mangler the way I be mangalin the beat
they call me DRACULA then you see the FANGS goin in
WOW! Uh huh, everybody know that Imma come and Imma go
Then I gotta do what i be coming here to do emobdy the beat they love the way we giving em a show
keys to the ignition and step on the gas
and bust a bottle and pour me shot in my glass
where we at where we at WHERE WE AT?
And we back up in the building and we coming with a scorcher
Yall already know who it is its Busta Bust and Travis Barker
Back to the beat T.B gotta go when we hit the fire trust everybody better know
That we bout to let it blow and we gotta get it yo, everybody if you really wit me
(Lets go)
[Hook - Lil Jon]
Hey, lets go, lets go, lets go
Hey, lets go, lets go, lets go
Hey, lets go, lets go, lets go
[Twista]
I already spit it to the rhythm of the piano so now I gotta give the drummer some
Put the T up on the track will be phenomenal cuz when it come to havin a hit Imma have another one.
Blink 182 times when you the Twista with Travis, madness
Kinda like a savage, ravage a murderer with the art like blood on the canvas
and its kinda impeccable how I can spit and then get up in the middle with intricate patterns of a kick drum.
Diabolical, a lyrical flow that’ll swallow you theoretical thinkin that you could get some.
Imma hit’em with the Lamborghini flow with the speed of a Bugatti
I’m from another planet when I spit a verse with the weed in my body. And Imma..
Hurt ‘em every time I get up in the booth, sippin on the liquor 182 proof
Now they wanna say they should’ve never let me loose outta the cage like Imma see what I do
Its Twista the jace and the rap on the track, and hit cha with the Midwest flow
Even if you ain’t ready yet, all I gotta say is ready set, (lets go)
[Hook]
[Yelawolf]
Drive by, hit chu with the two piece combo while I’m hangin out the window of your Daddy’s Lambo
Scramble eggs, I got scrambled ammo, leave you on top of the water like a banana boat
Yea I’m an animal, everybody’s edible and Yelawolf is headed fo’your arm and your hand and yo…head, I’m a cannibal.
Good heavens the man’s hopping over the fence like a f**kin antelope
SOOO, send it to me in a minute when you finish and ill put it in a vice grip
Put an end to the image and i’ll send it to ‘em via independent f**kin with the mic grill
I might slip and pull the trigger back in a submarine with a sub-machine loaded,
in an ocean, hot deep, deep enough to leave submarine imploded
Promenade mothaf**ker vamanosis, its me and I’m sick in the prog(a)nosis,
got more bars than Barney Fife and I’ll put you behind them like howdy opie
I can make your mamma really proud to know me, and your broke daddy is down to loan me.
Gave me fifty bucks in penny rolls just to be in one of my videos yea homie lets go.
[Chorus] 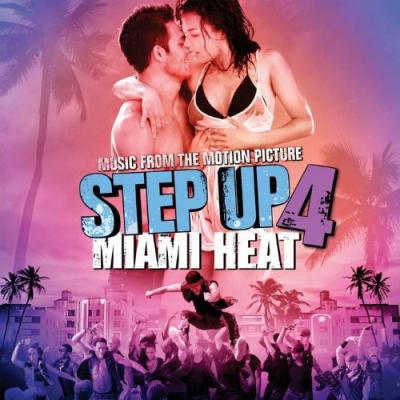 Around The World Shake Senora (Remix) T.H.E (The Hardest Ever) MORE ›
New soundtracks
Space Jam: A New Legacy In The Heights (movie) Army of the Dead Cruella The Mitchells vs. The Machine Thunder Force SpongeBob Movie: Sponge on the Run Dutch Raya and the Last Dragon Yes Day Coming 2 America Billie Eilish: The World's A Little Blurry Walker Stage Mother Boogie WandaVision To All the Boys: Always and Forever, Lara Jean MORE ›