The Light Dies Down On Broadway lyrics

"Lamb Lies Down on Broadway ,The" soundtrack

The Light Dies Down On Broadway Song Lyrics

As he walks along the gorges edge,
He meets a sense of yesteryear.
A window in the bank above his head
Reveals his home amidst the streets.
Subway sounds, the sounds of complaint
The smell of acid on his gun of paint.
As it carves out anger in a blood-red band,
Destroyed tomorrow by an unknown hand;
My home.
Is this the way out from this endless scene?
Or just an entrance to another dream?
And the light dies down on Broadway.
But as the skylight beckons him to leave,
He hears a scream fro far below.
Within the raging water, writhes the form
Of brother John, he cries for help.
The gate is fading now, but open wide,
But John is drowning, I must decide
Between the freedom I had in the rat-race,
Or to stay forever in this forsaken place;
Hey John!
He makes for the river and the gate is gone,
Back to the void where it came from.
And the light dies down on Broadway. 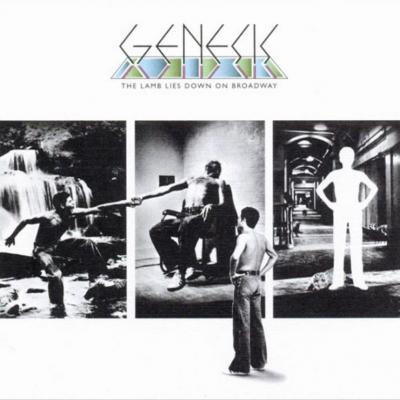