January, 23rd 2017
Music sung by NWA together with Ice Cube (the second one is the more famous performer than the first). The genre is rap. Style – aggressive, full of anger and swear words, which fills all the space very much. Several people in the video showing off saying they are bad. Certainly, they will tell the police, who will detain them for drug trafficking, or for something else, that they are the pure sanctity of innocence. Reference: "Straight Outta Compton" by American hip hop group N.W.A.: More info on Wikipedia

You are now about to witness the strength of street knowledge
[Verse One: Ice Cube]
Straight outta Compton, crazy motherf**ker named Ice Cube
From the gang called Niggaz With Attitudes
When I'm called off, I got a sawed off
Squeeze the trigger, and bodies are hauled off
You too, boy, if ya f**k with me
The police are gonna hafta come and get me
Off yo ass, that's how I'm goin out
For the punk motherf**kers that's showin out
Niggaz start to mumble, they wanna rumble
Mix em and cook em in a pot like gumbo
Goin off on a motherf**ker like that
with a gat that's pointed at yo ass
So give it up smooth
Ain't no tellin when I'm down for a jack move
Here's a murder rap to keep yo dancin
with a crime record like Charles Manson
AK-47 is the tool
Don't make me act the motherf**kin fool
Me you can go toe to toe, no maybe
I'm knockin niggaz out tha box, daily
yo weekly, monthly and yearly
until them dumb motherf**kers see clearly
that I'm down with the capital C-P-T
Boy you can't f**k with me
So when I'm in your neighborhood, you better duck
Coz Ice Cube is crazy as f**k
As I leave, believe I'm stompin
but when I come back, boy, I'm comin straight outta Compton
[Chorus:]
(City of Compton, City of Compton)
[Eazy E] Yo Ren
[MC Ren] Whassup?
[Eazy E] Tell em where you from!
[Verse Two: MC Ren]
Straight outta Compton, another crazy ass nigga
More punks I smoke, yo, my rep gets bigger
I'm a bad motherf**ker and you know this
But the pussy ass niggaz don't show this
But I don't give a f**k, I'ma make my snaps
If not from the records, from jackin the crops
Just like burglary, the definition is 'jackin'
And when illegally armed it's called 'packin'
Shoot a motherf**ker in a minute
I find a good piece o' pussy, I go up in it
So if you're at a show in the front row
I'm a call you a b**ch or dirty-ass ho
You'll probably get mad like a b**ch is supposed to
But that shows me, sl*t, you're composed to
a crazy muthaf**ker from tha street
Attitude legit cause I'm tearin up sh*t
MC Ren controls the automatic
For any dumb muthaf**ker that starts static
Not the right hand cause I'm the hand itself
every time I pull a AK off the shelf
The security is maximum and that's a law
R-E-N spells Ren but I'm raw
See, coz I'm the motherf**kin villain
The definition is clear, you're the witness of a killin
that's takin place without a clue
And once you're on the scope, your ass is through
Look, you might take it as a trip
but a nigga like Ren is on a gangsta tip
Straight outta Compton...
[Chorus:]
(City of Compton, City of Compton)
[Dr. Dre] Eazy is his name and the boy is comin...
[Verse Three: Eazy-E]
...straight outta Compton
is a brotha that'll smother yo' mother
and make ya sister think I love her
Dangerous motherf**ker raises hell
And if I ever get caught I make bail
See, I don't give a f**k, that's the problem
I see a motherf**kin cop I don't dodge him
But I'm smart, lay low, creep a while
And when I see a punk pass, I smile
To me it's kinda funny, the attitude showin a nigga drivin
but don't know where the f**k he's going, just rollin
lookin for the one they call Eazy
But here's a flash, they never seize me
Ruthless! Never seen like a shadow in the dark
except when I unload, see I'll get over the hesitation
and hear the scream of the one who got the last penetration
Give a little gust of wind and I'm jettin
But leave a memory no one'll be forgettin
So what about the b**ch who got shot? f**k her!
You think I give a damn about a b**ch? I ain't a sucker!
This is the autobiography of the E, and if you ever f**k with me
You'll get taken by a stupid dope brotha who will smother
word to the motherf**ker, straight outta Compton
[Chorus:]
(City of Compton, City of Compton)
(Damn that sh*t was dope!) 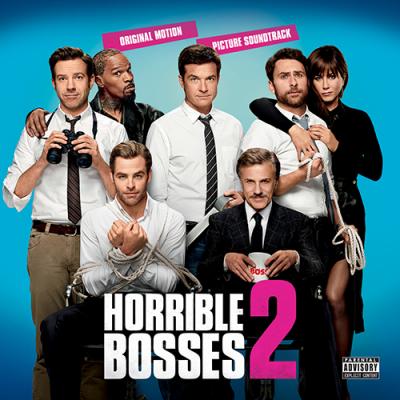 Roar Hold The Line Police On My Back The Anthem MORE ›
New soundtracks
Glass Onion: A Knives Out Mystery Bones and All The Guardians of the Galaxy Holiday Special Wendell & Wild Weird: The Al Yankovic Story School for Good and Evil Spider-Man: Across the Spider-Verse Amsterdam Lyle, Lyle, Crocodile Luckiest Girl Alive Monster High: The Movie Bros Hocus Pocus 2 Greatest Beer Run Ever My Best Friend's Exorcism Lou End of the Road MORE ›