La, la, la, la, la - and everybody say
La, la, la, la, la - I know you, I know you...
I know you're thinking, thinking that it must be
Armorall flow 'cause it never get rusty
I ain't gotta say it, man dawg trust me
Bust somebody head, G.L.C. where was we?
Still rock the Prada 'fore that, rock the Starter
Niggas had the Georgetown, the Magic way harder
Thinking back to the projects, and they way they tore 'em all up
Like when I do a project, and come back and tear the mall up
[Chorus]
We coming from the..
South (side), South (side)
South (side), South (side)
South (side), South (side)
South (side), Side of the Chi
The broads, the cars, the half moon, the stars
I'm like Jeff Fort the way I get behind bars
Burn CD's with no regard for the stars
Come to the crib with conflict diamonds and they ours
Back in '94 they call me Chi-town's Nas
Now them niggas know I'm one of Chi-town's gods
We eatin' jo, you still talking no carbs
A conscious nigga with mac like Steven Jobs
[Chorus]
Your fly is open, McFly
The crowd is open I think I know why
I'm back from the future seen it with my own eyes
And yep, I'm still the future of the Chi
Back in college I had to get my back up off the futon
I knew that I couldn't cop a coup with no coupons
Look at that neutron on his green like crutons
People asking him, "Do you have any grey poupon?"
[Chorus]
You in the building but the buildings falling
You wouldn't be ballin' if your name was Spalding
My mind get flooded I think about New Orleans
Back in school, you all niggas you should call in August
I'm the sun that goes down but I'm still revolving
Southside walk it out, while still you're crawlin'
If rap was Harlem, I be James Baldwin
With money in the bank like G. Rap, we're calling
[Chorus]
With niggas masked up like Phantom of the Opera
Dreaming of the day they push a phantom to the operas
Can't wait till they say, "Yeah, ran up at the Oscars."
Poppa, I heard his life is like a movie
Like when Em' played him and Mekhi played a rasta
Mexicans don't love it like it was for La Raza
But this is for the mobsters, Holla
We some true chi-town legends, accept no imposters
[Chorus]
Uh, the un-American idol, tower like the Eiffel
Lean wit it, rock wit it, Black like the Disciples
Know when to use a bible, and when to use a rifle
You rap like you should be on the back of a motorcycle
Caught a case of robbery, and 'Beat It' like Michael
Your career is a typo, mine was written like a haiku
I write to 'Do the Right Thing' like Spike do
through Conflicts that's Crucial and Drama that's Psycho
[Chorus]
La, la, la, la, la, la, la-la
La, la, la, la, la, la
La, la, la, la, la, la, la
La, la, la, la, la, la, la
We're coming from the...Hey!
[scratches:].. spice it up (la, la , la..)
Ya might have to spice it up
Spice it up, spice it up,
Take your life and...
Yo, we're coming from the...Hey!
We're coming from the...Hey!
...and this concludes our Chicago show
Please stay tuned 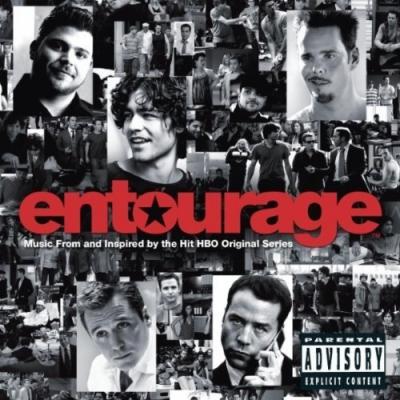