You Got Me lyrics - The Roots feat. Erykah Badu & Jill Scott

You Got Me Song Lyrics

[Chorus] x 2
(Erykah Badu)
If you were worried 'bout where
I been or who I saw or
what club I went to with my homies
baby don't worry you know that you got me
[Verse 1]
(Black Thought)
Somebody told me that this planet was small
we use to live in the same building on the same floor
and never met before
until I'm overseas on tour
and peep this ethiopian queen from philly
taking classes abroad
she studying film and photo flash focus record
said she workin on a flick and
could my click do the score
she said she loved my show in paris
at elise momarre
and that I stepped off the stage
and took a piece of her heart
we knew from the start that
things fall apart, intentions shatter
she like that sh*t don't matter
when I get home get at her
through letter, phone, whatever
let's link, let's get together
sh*t you think not, think the Thought went home and forgot
time passed, we back in philly now she up in my spa
tellin me the things I'm tellin her is makin her hot
startin buildin with her constantly round the clock
now she in my world like hip-hop
and keep tellin me
[Chorus] x2
[Verse 2]
(Black Thought)
Yo, I'm the type that's always catchin a flight
and sometimes I gotta be out at the height of the night
and that's when she flip and get on some 'ol
(Eve)
Another lonely night
seems like I'm on the side you only loving your mic
I know you gotta get that paper daddy keep that sh*t tight
but yo I need some sort of love in my life, you dig me
while politicin with my sister from new york city
she said she know this ball player and he think I'm pretty
sike, I'm playin boo, you know it's just wit you I'm stayin boo
and when cats be poppin game I don't hear what they sayin boo
when you out there in the world, I'm still your girl
with all my classes I don't have the time for life's thrills
so when you sweatin on stage think of me when you rhyme
and don't be listenin to your homies they be leavin you blind
(Black Thought)
Yeah, so what you sayin I can trust you?
(Female Voice)
Is you crazy, you my king for real
(Both)
But sometimes relationships get ill
(Female Voice)
No doubt
[Chorus] x2
[Verse 3]
(Black Thought)
Thet snake could be that chick
and that rat could be that cool cat
that's whispering "she tryin to play you for the fool Black"
if something's on your chest then let it be known
see I'm not your every five minutes all on the phone
and on the topic of trust, it's just a matter of fact
that people bite back and fracture what's intact
and they'll forever be I ain't on some "oh I'm a celebrity"
I deal with the real so if it's artificial let it be
I've seen people caught in love like whirlwinds
listening to they squads and listening to girlfriends
that's exactly the point where they whole world ends
lies come in, that's where that drama begins, she like
[Chorus] 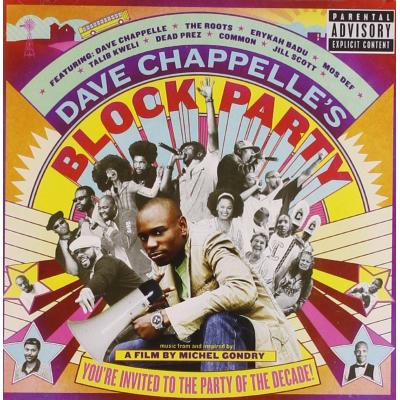