Reference: The Book of Mormon Soundtrack on Spotify

"Book of Mormon, The" soundtrack

And now we wish to honour you with the story of Joseph Smith, the American Moses!
Well this is very good, priestess
Mormon!
I’m going to take you back in time! (mormon)
To the United States year 1823. (mormon)
A small and odd village called oopstate New York. (oopstate)
There was Disease, and famine (so sick)
But also in the village lived a simple farmer who would change everything
His name was Joseph Smith
Ha-ya-ya-ya-ya-ya-ya-ya-ya-ya
Joseph Smith, American Moses!
Praise be to Joseph! American prophet man.
AY! My name is Joseph Smith, and I’m going to f**k this baby!
What?!
No no Joseph! Don’t f**k the baby!
Joseph Smith, don’t f**k the baby.
Suddenly the clouds parted,
And Joseph Smith was visited by GOD!
Joseph Smith, do not f**k a baby.
I’ll get rid of your AIDS if you f**k this frog.
Ha-ya-ya-ya-ya-ya-ya-ya-ya-ya
Joseph Smith f**ked the frog god gave him,
And his AIDS went away!
Then a great wizard named Maronai came down from the starship enterprise
Joseph Smith! Your village is sh*t!
You should lead the villagers to a new village.
Take these f**king golden plates (awaaaaaaaaaaaaaaaaay)
And on the plates were written the directions to a new land.
Sal Tlay Ka Siti (Sal Tlay Ka Siti)
Joseph tried to convince all the villagers to follow him and his golden plates.
Liberation! Equality! No more slavery for oopstate Mormon people!
I got de golden plates! (gold plates)
I gunna lead the people! (we head west)
We gotta stick together! (for months)
We gotta hel’ eachother! (we will for months)
And so we climb the mountain! (we head west)
And we cross the river (we head west)
And we fight the oppression! (for months)
By being nice to everyone (we are Mormons)
Not so fast mormons! You shall not pass my mountain!
(Down from the mountain look who comes! The American warman, Rigam Yam!
YES! I am Rigam Yam!
I cut off my daughters clitoris.
That made god angry so he turned my nose into a clit for punishment!
(Rigam Yam, his nose was a clitoris)
What will you do Joseph? Will you fight the clitoris man?
Not fight him, help him! (oooohhhhhhhh)
Joseph Smith took his magical f**k frog and rubbed it upon Rigam Yams clit-face,
And behold, Rigam was cured!
Joseph Smith! Magical AIDS frog!
Frog on his clit-face!
Rigam Yam was so greatful, he decided to join the Mormons and their journey.
Compassion!
Courtesy!
Let’s be really f**king polite to everyone!
I got de golden plates! (gold plates)
I gunna lead the people! (we head west)
We gotta stick together! (for months)
Now comes the part of our story that gets a little bit sad. (ohh)
After travelling for so long,
The Mormons ran out of fresh water,
And became sick, with dysentery!
Oh f**k!
Oh no! The prophet Joseph smith is now getting sick!
Rigam Yam, you must take the golden plates and lead the Mormons to the promise land!
Despiration!
Mortality!
Loss of faith!
I…………….. got the golden plates (gold plates)
I gunna lead the people (we head west)…
Even though their prophet had died,
The Mormons stuck together,
And helped eachother,
And were really nice to everyone they came across.
And one day, the Mormons finally found,
Sal Tlay Ka Siti! (Sal Tlay Ka Siti)
And then, the Mormons danced with ewoks,
And were greeted by Jesus!
Welcome Mormons!
Now, let’s all have as many babies as we can,
And make big, Mormon families!
Woohoo!
f**k your woman, f**k your man,
It is all part of gods plan
Mormons help god as they can,
Here in Salt Lake City land!
Thank you! Thank you,
For now we are f**king.
Thank you! Thank you,
Come god wants us f**king.
Thank you! Thank you,
But get back to f**king.
Thaaaa- Get back to f**king!
Thank you! Thank you god! 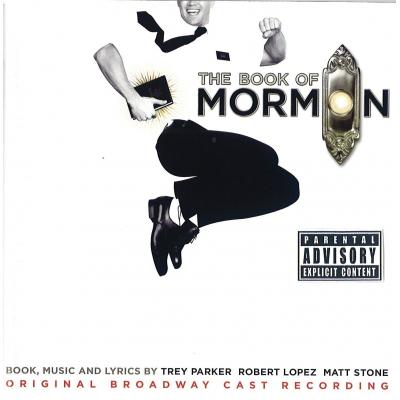 Hello! I Am Africa Turn It Off You And Me (But Mostly Me) Two By Two All-American Prophet Man Up Hasa Diga Eebowai Making Things Up Again Baptize Me MORE ›
New soundtracks
The Mitchells vs. The Machine Thunder Force SpongeBob Movie: Sponge on the Run Dutch Raya and the Last Dragon Yes Day Coming 2 America Billie Eilish: The World's A Little Blurry Walker Stage Mother Boogie WandaVision To All the Boys: Always and Forever, Lara Jean Cherry United States vs. Billie Holiday Map of Tiny Perfect Things Judas and the Black Messiah MORE ›