"A special guest" "It's the militia... It's the militia"
[Guru]
This is a conquest, so I suggest you take a rest
Or keep a breath, but definitely keep a vest on that chest
Rymes I'm packin, just like a thug at a car-jackin'
Shoot off your hat when I start cappin, this is no actin
G-A-N-G, S-T-A double R
And you don't want no trouble up in here, baby pa
From the late-night drama, of the New York streets
To the hoods of LA, real niggas likin Primo's beats
Put suckers on glass, send em, back to class
And kick hot sh*t, so we can stack the Johnny Cash
I brought the God, Rakim, lyrically gunning you wanna dash?
I got Dub C, from South C, what you doubt me?
Travellin through warzones with my infrared microphone
In the year One Mill, destroying, enemies chromozones
Words burn through flesh, leavin nothing but skeletal
You best pay resepect to the legends, boy I'm tellin you, Militia
[Chorus:]
--The illest-- --Realest-- --Representin--
--Bringin the rukkus-- --Let it be known--
--The illest-- --Realest-- --Word up--
It's The Militia --> [Freddie Foxxx (repeat)]
[WC]
Makin a move, makin a move, who's that nigga thats makin a move?
It's the Shadiest rhymin'-back, actin' a motherf**king fool
Four-four packers, my jackets ?hittin the tag? saggin, baggin
Foot on my rag, mess up a bag, leavin my enemies in bodybags
You niggas was crackin, what y'all thought it wasn't gon' happen?
Dub C and my East Coast sisters gettin together rappin
Gun-clappin, chump smackin, kiss the ring of your highness
Look while I'm in New York City,
walkin with two of the Brooklyn's finest
My two affiliates from the East we all bang
But if y'all don't mind, this is still Westside Connec' Gang
Dress-code the same, just new pieces on my neck
East Coast brownies, house shoes, and hair nets
Y'all can't see this, so peep the sister G is pushin a Six
As I freak this, caviar GangStarr Militia remix
It's Dub C the jankiest loc', I'm runnin this here
With the Guru and New York's hardest, DJ Premier, Militia
[Chorus]
[Rakim]
Yo, it's The Master, mister, Musical Massacre
Passion for disaster, paragraph ambassador
R get the red carpet, just call me on
Corner the market like the mic's last name was Corleone
The facade killer, come through your city like Godzilla
Think of the sickest thing you ever seen, Ra's iller
My vision's vicious, suspect suspicious
Plans is ambitious, my motive's malicious
No interferin, if you ain't down, you got to swearin
And these cats they ain't carin, habitat awarin
Crack appearin, from out the track that I'm hearin
It's either that, or I'm going back to racketeering
Yo, you should see me, I got a crew like Mussolini
But Kool as Moe Dee, my flow be, smooth and easy
For turnin ?area centers? to wilers, you get the picture?
Rakim is, the minist', with malice, Militia
GangStarr, The R, Dub C, baby pa. Straight up, check it out 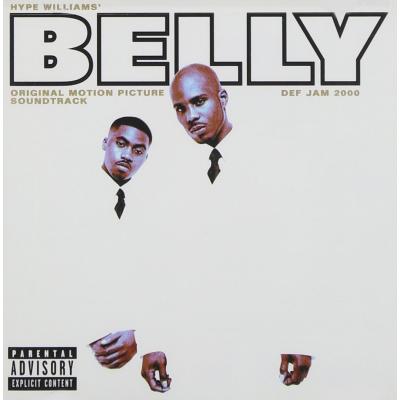